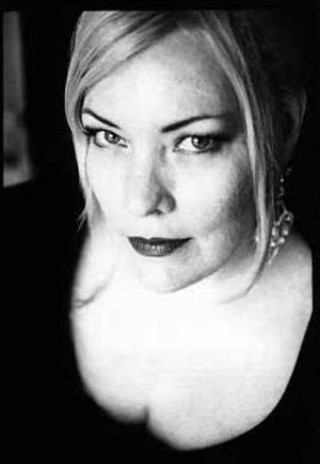 I was bugging my brother Stephen to write about Pink Salon closing in his column when it occurred to me I could write about it in mine. After all, he became a client of theirs because I was. And for me, Pink was always so much more than a salon.

South Congress hardly looks like what it did when Deborah Carter opened Pink Salon and Gallery in the strip of buildings next to the Austin Motel in the late 1990s. There was no SoCo scene, though the Continental always rocked, and Deborah was smart enough to see what it could be and, with the help of her father and family, built the shop at 1204 S. Congress.

I’d already followed Deborah from at least two salons by that point. Dayna Blackwell, my longtime girlfriend and intrepid sidekick on the Music Awards, brought Deborah to the hotel room before the Music Awards in 1991 to do my hair and makeup and I was hooked. She made me look like a million bucks and feel like a billion. She was savvy enough to tell me she didn’t care who styled me as long as I stayed in her salon. Taking her at her word, I got to flit around in the expert hands of Tisa Bean Watson, Georgia Bramhall, and Brandi Cowley, my current stylist now at Bo Salon.

What you have to understand, though, is that Pink was no ordinary salon. An appointment there was like a business meeting and it was a very rock & roll atmosphere. I met all sorts of high-powered men and women and musicians, traded phone numbers, booked bands for the Music Awards, plotted events, got inspired for stories, and sometimes worked on my laptop while having my hair washed, bleached, colored, curled, and styled. I couldn’t be shy about walking up to someone and introducing myself while they were under the dryer and I had a head full of foil spikes. Nor was I hesitant to bop next door to Blackmail and chit-chat with Gail Chovan with a towel wrapped on my head.

And what Deborah and her crew of magicians did for the Presentation Crews at the Austin Music Awards was divine. Every year, they’d transform our handpicked volunteer crews of fresh-faced young women into vibrant confections of color and style, and with that stylish touch only Pink had. When the Texas Film Hall of Fame started up, I didn’t hesitate to suggest to Rebecca Campbell they use Pink, and voila! Instant glam for the right occasion.

Deborah broke her wrist a couple of years ago and was forced to step back from work. Somewhere along the way, I believe, she began to reassess her role in the salon along with a growing desire to maybe stay closer to home with her boyfriend, rock drummer Pat Mastoletto. Changes began a few months ago when Pink’s personnel – a salon noted for having kept their in-demand stylists for years – began moving to other salons.

When Tisa wrote last week and announced she was moving to Salon Aura, I knew Pink was not for long. Sure enough, the newsletter came last night saying Pink would close on July 15. Lauren went to Salon Aura along with Tisa, while Monica went to Grapevine, and Chenoh and Lillie are at Black Orchid. The other are almost equally divided: Amanda, Sara, and Natalie are at Ann Kelso; Johanna, Georgia, Trisha, and Brandi are at Bo Salon. Deborah is opening a private salon in Dripping Springs at Pink’s old phone number.

After Deborah broke her wrist, I had to switch stylists out of necessity. I chose Brandi for her ability to make me a redhead after all these years blonde, her love of the music scene, and her dishy stories about Russell Crowe. Since I’d been in her care for a while, changing salons wasn’t totally traumatic and my first visit to Bo was extremely pleasant (love the shampoo room!). As always, I adore what she did to my hair and I am now Brandi’s client for good.

But I miss Pink and I miss Deborah’s quirky touches, and I think Dripping Springs just got the hippest coolest salon it can imagine.