Up on the Sun 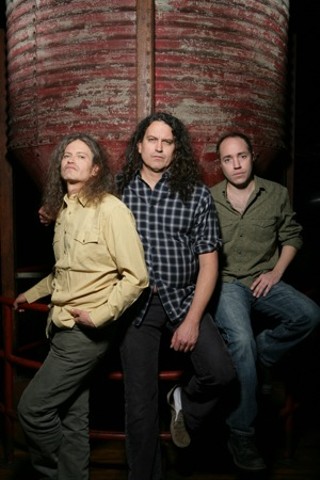 Longtime local Curt Kirkwood of the Meat Puppets always calls it liked he sees it. “I like this record as much as anything we’ve ever done, but every punch bowl has to have a turd in it if you ask me,” he says of the trio’s latest, Sewn Together. “It’s my party and [track nine] ‘S.K.A.’ is the turd in the punch. It still works.” Sewn Together marks the first time for the elder Kirkwood to self-produce since 1989’s Monsters, and some of the material, most notably the closing cut, “Love Mountain,” predates even the band’s 1982 eponymous debut. Kirkwood sounds off below on the making on the making of the album, which the Puppets rehash in its entirety on Saturday at the Parish with Retribution Gospel Choir, topped, as Kirkwood notes, “with a bunch of old crap.”

Off the Record: Everyone’s first reaction to Sewn Together seems to be that it’s a classic Meat Puppets record. Was that yours as well?

Curt Kirkwood: Not really. I just wanted to record straight to tape. We’ve been out now doing shows for ten months, and it felt like we were a good live band, so I wanted to grab that. The best way I know is in the studio with 24 tracks. It’s pretty easy for me to get satisfied that way. I always have a collection of songs. There’s some older ones and some newer ones. That may help a little bit. I wrote “Love Mountain” in 1981. That’s one of the oldest songs I have around. I don’t know why it never got recorded. Cris once said, "What the fuck is this? I don’t live on a Love Mountain." That’s why [drummer] Ted [Marcus] and I went behind his back and recorded it in Ted’s bedroom.

OTR: Is there such thing as classic Meat Puppets sound?

CK: It’s nice music generally. It’s not too angular or abrasive. Even when we did hardcore, we tried to make it beautiful. We’re lushes in that way, addicts for loud and beautiful or soft and beautiful, but it has to be nice. We like harmonies and lots of cool guitar effects. I’m not really so sure what makes it a Meat Puppets record. It’s in the DNA. It’s hard for me to see.

OTR:The Chronicle recently described the Meat Puppets as the Everly Brothers of post-punk. Would you agree?

CK: We’ve got the DNA working there, too. We’ve got two guys with really idiosyncratic voices that sound pretty fucking cool together. When Cris and I sing together you get a slightly off thing. Neither of us are great singers, but it does come out well when we harmonize. Also, we leave our voices as they are. There’s not a lot of tinkering with this one, which is one of the successes of the project this time. I’m pretty sure I nailed my own tastes. I’ve always known I’ve liked it that way, but when you’re working with other people it’s hard to get people to leave it alone. This time I had despotic control.

OTR: How was the writing and recording process different after Rise to Your Knees?

CK: Rise to Your Knees was a put together thing. You can hear it if you listen to it. There’s a lot of shitty drum playing on that record. That’s me. We met Ted halfway through it. He came in as an audio guy for a documentary, but he brought his drumsticks down from New York and was way into the Meat Puppets. He knew we didn’t have a drummer and ended up playing on about five of those tracks. It wasn’t a real band, though. This time we had been out on the road, and we knew we were kicking butt. It’s just a matter of putting mics up at that point.

OTR: Was Rise to Your Knees more of a healing process then, getting things tightened up for Sewn Together?

CK: It was sort of like that. We were pretty healed before we got back together. I made sure that Cris was okay. We were feeling pretty good from the inception of the reunion, but it was purposely done in baby steps. I didn’t want anybody putting it out that was pushing it too hard. I didn’t want anything from it. I just wanted it to be a calling card to let people know we’re doing this again. It wasn’t a complete toss-up. There’s some good stuff on it, but it was perfect in that way. It was just enough to get us back without any pressure, to see what interest there was and if we still liked it. We never really played it live. We played two or three songs maybe two or three times. We’ve done that before. We did it for Mirage. We didn’t play it live. It was a cool record, but it didn’t really rock live so we did Huevos really fast so we had something to play live.

OTR: Were you still a bit reserved for this record?

CK: I don’t think we really had expectations. Already we’re in a different place than we’ve been in a long time, and that’s fine. We’re getting radio airplay, which we haven’t since the mid-Nineties. When things go well it takes a lot of work. The flip side, of course, is that it’s a lot of fun. It’s a fine line. I feel like I can get behind it because I’m so hands-on and don’t have to explain anything else. I love Too High to Die, but Paul Leary did so much work on it that I had to have that disclaimer sometimes. I really like the band right now, and I like this record as much as anything we’ve ever done. 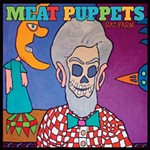