Cultural Blips on a Distant Radar 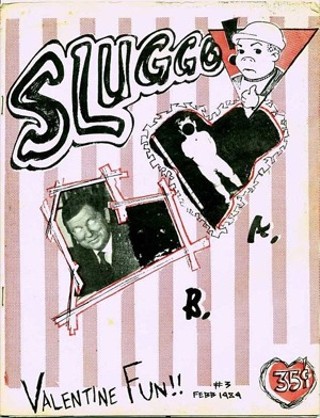 If there’s anything more depressing than writing obituaries, it’s writing them for friends. I finished last week’s column on Poodie Locke, Bud Shrake, and Stephen Bruton, then word came of the death of Nick West.

He was better known as Nick Modern in Austin during his tenure as publisher of the Sluggo! zine in the late 1970s, though his real name was Larry Dixon. He looked nothing like the head rabblerouser of one of the first and coolest punk zines anywhere. He was extremely intelligent, nerdy-looking in that Devo fan way, of medium height, slightly chubby, and had dimples that punctuated his sentences.

Sluggo! was brilliant from conception to execution because of West. It sat front and center on Austin’s earliest punk scene, picking off sacred cows or anything who blundered in its path, and did so with wit, clarity, and precision. Scene participant John Kays enumerated West’s genius in a recent story, reviewing the punk exhibit at Arthouse. “Cultural blips on a distant radar,” West described Sluggo! That’s putting it mildly.

(By the way, in true punk form, Kays also condemns the Chronicle, claiming it, “gobbled up the local culture, like the giant in Jack and the Beanstalk, in its own image and pigeonholed artistic output into icy, concrete molds of sterility. Bands were simply sucking up to these media-master slaveholding bastards!” Yes! Finally! After years of working as a writer for something I love, I can consider myself an imperialist pawn of a media master! Slaveholding, no less! We can change our name to the Austin KKKhronicle! Ah, nothing purer than self-righteous indignation!)

And if it weren’t for Sluggo!, I wouldn't have my best friend, E.A. Srere. We regarded each other as serious competition since she wrote for Sluggo! but I wrote for marginally more legit entertainment publications. One night at Raul’s, as the Skunks were playing “Sister Ray” and we stood beside each other frostily, I could see her bouncing on her toes.

“Wanna dance?” I asked her begrudgingly. “Sure!” she replied, and we pogoed out onto the dance floor, friends for life.

Some time ago, West was diagnosed with prostate cancer. He fought it hard through unconventional means as well as an inner determination, but sometimes the monsters win. That didn’t stop him from reaching out and encouraging other men suffering from it; he sent me a gorgeous and eloquent letter intended for my brother Stephen, whom he’d never met. I hope Nick West went painlessly into the light.

Something in the Air
Local music, reincarnated