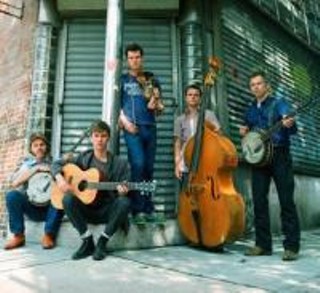 The supposed righteous side of Nashville’s country music scene came to town on Saturday night. What went down was a throwback to the music’s roots, yet it still felt hollow and ultimately disappointing. Justin Townes Earle began the evening highlighting tunes from his latest, Midnight at the Movies (Bloodshot). Earle looked like a small-town lounge lizard, hair greased back and wearing a suit despite the heat and humidity. Accompanied by only Cory Younts on mandolin and banjo, he most deeply resembled a young Jimmie Rodgers, his hillbilly grin only tangentially reflecting his famous father Steve.

Earle connected with the moody, insightful “Mama’s Eyes,” which he preceded with the explanation, “Even though I’ll always be my father’s son, I’ll always be my mama’s boy.” Otherwise, his songs flipped by without much impact. He seemed ill at ease at times, even though the audience was surely with him. Most likely his old-time religion is simply better suited to a more intimate venue.

Of all the string bands that sprung up in the wake of the phenomenon that was O Brother, Where Art Thou?, the Old Crow Medicine Show is surely the most successful. Stubb’s wasn’t sold out but the crowd was more than respectable for a fivepiece playing solely acoustic instruments. Still, over the course of two sets that clocked in at less than an hour each, OCMS seemed more like caricatures, over-emoting and trying to impress with their knowledge of Central Texas, right down to a mention of Buda, rather than connecting with their old-timey music.

The musicianship was energetic, but the songs got to be one repetitive hoedown after another, keeping the crowd sweating but never really reaching a peak. The second set, which actually devolved into singer-songwriter mush at one point, was saved by their “hit,” the re-imagined Dylan co-write “Wagon Wheel,” and hillbilly anthem “Humdinger.” An overdone encore of Dylan’s “Lay Lady Lay” pointed to Old Crow’s weaknesses, turning them into a retread of the Ozark Mountain Daredevils and I don’t think that’s what they were going for at all.