Whatever Happened to Richard Buckner? 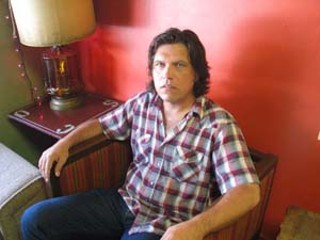 Lately, several people have asked me, “Whatever happened to Richard Buckner?” If the name doesn’t ring any bells, he’s the moody, yet adventuresome singer-songwriter that emerged in the 1990s slotted into the alt.country coral simply because he didn’t fit anywhere else. After what seems a lengthy absence, Buckner returns to the Cactus Café on Friday, a perfect excuse to catch up with him.

A couple nights ago, on the telephone from a Motel 6 in Memphis, he was in good spirits, joking, open and direct, belying his reputation as grumpy and guarded. What feels like a lifetime since he's toured turns out to be in the vicinity of 18 months. Buckner remembers wrapping up his last trek fall 2007. At that point, he stepped away from music for a while.

“I’ve had a number of very interesting jobs since then,” he relates with a laugh. “My first job was road flagging for Con Ed, the New York electric company. I’d go up into the Catskill Mountains at six in the morning, next to roadkill in like January, and hold up a stop sign while they were repairing the lines. It was cold as fuck.

“Then I got a job driving a forklift in a warehouse a little closer to my house in Kingston [New York]. I’ve lived in Kingston for about two years now. It’s kind of weird, but it’s kind of interesting.

“Then I got a job working in a special needs school for autistic kids with violent behavioral problems.”

In February, Buckner quit working when Merge Records announced it was digitally re-releasing three of his LPs, Bloomed, The Hill, and Impasse, all of which had gone out-of-print. Then came notice that Buckner would tour to promote them. Why did he stop in the first place?

“The last couple of years have been so weird,” he explains. “Things have happened. There’s been some death around me and I got kind of freaked out about that. I didn’t have insurance for like 15 years, so I wanted to get a job and get some insurance. I was in the bind that everyone in this country is in.

“I was also getting a little freaky around people. I thought I shouldn’t tour for a while. I had some weird shows. I had some weird things happen on tour that I couldn’t explain. There really wasn’t a reason to tour.

“Instead of making a record, I did a film score and the film didn’t come out. Then there were the gas prices, so I thought, ‘I’m just going to work and do something else, pay the rent.’ It was a strange combination of things happening all at once and I bowed out. Honestly, I didn’t think I was going to tour again, at least for a while. I didn’t know how long it would last. I wasn’t sure if I could, but it’s going okay.”

While no one he worked with in upstate New York recognized him from his musical past, the time off was fruitful.

“I was having trouble communicating and it forced me back into the world again. I learned a lot about wrestling and things that I didn’t know a lot about just from overhearing conversations. None of it involved music that was outside the Blue Öyster Cult realm.”

Still, anyone coming to the show on Friday expecting the ordinary (and if you’re a Buckner fan why would you?) are likely to be disappointed. Reviews from this tour have him performing one long suite of interlocking songs from his past, with little or no acknowledgment of the audience.

“I didn’t say I was cured!” he laughs. “I still get freaky around people. Over the years, the shows have morphed into these things without much stopping between songs. With the last tours I did, things happened with the audience that I couldn’t deal with. So when I was putting together this tour, putting together the songs, relearning them, that’s just the way I was rehearsing them. I don’t talk at home, so when I’ve been doing these shows I’ve been doing them like I did in my living room. It allows me to do the show without hearing anything.

“I get scared when I’m onstage and I hear noises. It shocks me out of my little zone, like I’m being slapped awake or something. I’m just trying to do something in my weird way. I think I just need to travel with a therapist, a tour manager/therapist, someone who’ll give me some cocky ass confidence.”

Perhaps remembering that he’s only staying at low budget motels this time out, he adds, “But that’s not going to happen.”

There’s new music from Buckner on the horizon, but when it will see the light of day is uncertain, although recording is planned after this tour ends in a couple of weeks.

“I have a large number of skeletons,” chuckles Buckner, “ideas, arrangements, none of which are finished, let alone recorded in the way that I want them recorded. I have songs, but I don’t know what they are yet.” 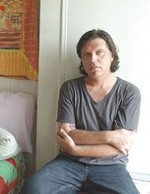