Cackling over church ladies with Al Green and musing theological with Ornette Coleman still ring in my ears like gold hoops, but an hour on the phone with Bill Cosby gets you in the belly. The man wants to make you laugh – and laugh himself. And keep laughing.

In the late-1970s, comedy records were mixed in amongst all the other used $1 albums: George Carlin, Cheech & Chong, Richard Pryor, Monty Python, Steve Martin. They still are, only used vinyl now goes for more. A best friend once put all the classic Cosby records from the 1960s onto four, 90-minute cassettes, and whenever long drives were involved, so were those tapes.

Robin Williams at the Erwin Center last Thursday was funny, but decidedly lowbrow. Drank a lot of water. Bob Newhart at the Paramount in 2005 proved the original David Sedaris, while Cosby at the Bass Concert Hall a month later – and this Sunday, 6:30 & 9pm – talked about his grandchildren where once he spun his own childhood into vinyl hilarity. Only George Carlin, who I saw in college, told better stories.

How funny was Cosby when we spoke? His anecdote about California politico Willie Brown going to the Obama inauguration and finding tears running down his face without even realizing it applies here too. Sometimes you don’t even know you’re crying, as in the following exchange:

Who’s the funniest person that you ever met?

The person that busted you up?

Jonathan Winters. Forget about it.

Forget about it. Nobody else. If, if, if… if Jonathan Winters plays the saxo-phone… And I play the sax-o-phone… Jonathan plays tenor, and I play tenor… You understand?

And we got a rhythm section: Elvin Jones… And I got Ron Carter. And I got, uh, uh… Barry Harris! On piano. You ready?

And we’re gonna have a cutting session.

…I’m gonna come out skinned up, man. I’m telling ya.

[Still laughing] I got it.

Even if it’s a ballad. It doesn’t make any difference, Raoul. If it’s “Cherokee,” at excella-express speed. Or if it’s a ballad – Ray Charles tempo – I’m coming out skinned up.

There’s no-body who can stand on that stage with that man, except… I mean, nobody can win. You’ll get some foools, like a Robin Williams.

...and not know that you’re skinned up. But I know when I’m skinned up. Because here’s what would happen: Jonathan would play, and I’d be standing beside him, and I would be so locked into what he’s doing that I would play the same thing he’s playing. The audience would say, “You know, you tried to play everything he played.”

And you didn’t even know you were crying!

Hey, man. Take care of yourself! 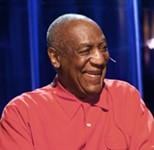 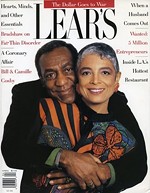