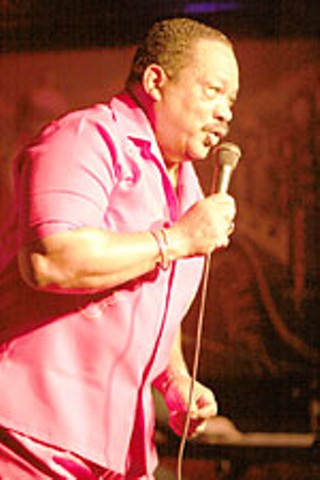 I spoke with the great Archie Bell by phone a couple weeks ago while doing background research for an article I hope to eventually publish. It was off topic but I opened with a question that's been bugging me for years. Every R&B fan knows the famous intro to the 1968 hit "Tighten Up," where Archie raps, "Hi, everybody. I'm Archie Bell of the Drells of Houston, Texas. We don't only sing but we dance just as good as we walk."

Look up the lyrics and that's exactly what you'll find. But hold up. To these ears that Screwston drawl is bragging, "We dance just as good as we want." So, Mr. Bell, which is it?

"I said, 'As good as we want,'" he clarified. "It was hard for me to convince people that I didn't say walk but I did say want. A lot of guys said, 'No, you said walk,' so I just left it at that. A lot of times you can't convince the public what you said because people put their own words in what they want to hear. They could hear a word in a song that's actually totally different but in their mind it sticks and stays there. As long as they was talking about it, it didn't make me no difference. As long as they were talking about me when they were talking about it, it was good publicity."

There you have it. For more than 40 years people have been messing up the words to a song Rolling Stone counts among the greatest 500 of all time.

While we're setting the record straight, there is another matter he would like to clarify. Nearly every online bio of the singer (no surprise that Wikipedia is guilty but so is the usually reliable AllMusic) says that Bell served in Vietnam. Not so, he says.

"There's a lot of misprints in this business, like saying I was in Vietnam. I didn't say I was in Vietnam, I said everyone in my unit from Fort Polk, Louisiana went to Vietnam except me and another guy. I'm still convinced that people think I went to Vietnam. I went to Germany. People think that I got injured in Vietnam but I had an accident on the Autobahn. I was driving 18-wheeler trucks and everything. I was doing a lot of traveling to France, pulling everything from baby dolls to missiles."

Saturday Night Legends
Classic soul at the Continental; rock homage at the Saxon.

When Dinosaurs Ruled the Earth – Now at SXSW!
The de-fossilizing of SXSW.