Blaze Foley in his element 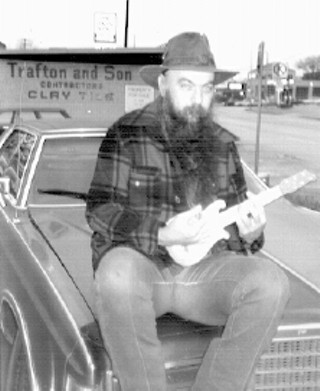 February 1 marked the 20th anniversary of Blaze Foley’s death, when he was shot and killed outside the Eastside home of his friend Concho January. In those twenty years, the enigmatic songwriter has developed an almost mythic status, especially here in Austin, and his legend often makes it even more difficult to distinguish exactly who Foley was in real life.

On Gurf Morlix’s new album, Last Exit to Happyland, he offers up an ode to his late friend with “Music You Mighta Made,” which not only captures the man, but also the lost possibilities that have lingered within Foley’s legacy. To get a better sense of how Blaze was actually received during his lifetime, I dug up this live review from the Chronicle archives. Written by Rob Klein and published on January 27, 1984, the review captures Blaze in perhaps his most famous setting, the Austin Outhouse.

The Austin Outhouse, definitely a time warp in its own right, deserves high praise for having the continuing courage to book “unknowns.” The club itself maintains an ambience somewhere between the now defunct Spellman’s and Taco Flats. This class establishment, which welcomes dogs, provides set-ups, and tolerates South-of-the-River dress codes, presented, on this cold January evening, one of the area’s best kept secrets: songwriter Blaze Foley, whose presence, wardrobe and songwriting abilities further define the word “original.” One of the last performers to wear ties and duct-taped sports jackets, his repertoire includes songs about Girl Scout cookies, bouffant matrons, a Reaganesque “Oval Room,” and some of the most sensitive love songs heard in some time.

Blaze managed to outshine his lap-steel backup Bob Gay (fretting with a half-full tabasco bottle) and guest artist Rick Cardwell - no slouch in the songwriting department himself. Blaze outblazed everyone, combining a basso profundo voice, fine finger-style guitar playing, and the strongest stage presence since Jerry Jeff took the pledge. So let’s hear it folks, for the Austin Outhouse for being its own anachronism seven nights a week, and for Blaze for being himself. 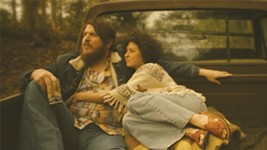 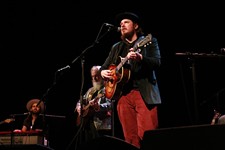