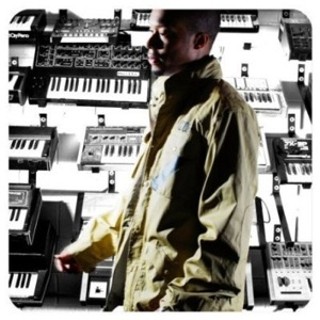 With a mayor fighting for permission to legally leave the state, a football team that just laid a goose egg on the 2008 season, and a once dominant auto industry now scraping their couches for quarters, Detroit’s hardly had the opportunity to stick out its collective chest and blow some smoke. That is unless you’re down with Detroit’s underground hip-hop scene, which has been fed a healthy dose of Black Milk's productions since 2005 and just hit the jackpot with the 25-year-old producer’s Tronic.

The architect, born Curtis Cross, has been putting together beats since he was a teenager in his basement, but it wasn’t until Milk cut his teeth on Slum Village’s 2002 Dirty District that he picked up on the signature J Dilla sound that had become synonymous with Detroit’s underground. On his third LP, Milk hones his craft and completely vibes out on a solitary track, bringing his rhythmically adept raps along for the ride.

Smart move. Milk’s style is to collapse the snare, syncopate the hi-hats and boost up the synth. Throw in an Alan Parsons sample on “Losing Out” and a sultry contribution from new Motown’s Melanie Rutherford on “Bond 4 Life,” and Tronic becomes a series of tracks that somehow seem more unique when stacked against each other.

Because Milk’s a competent rapper, Tronic avoids becoming filled with guest MCs who feel the need to drop 32 bars where only 16 fit. Longtime buddy Royce da 5’9” shows up for “Losing Out” (“I got more cases in the motherfucking A&R clip than they got on the mayor”) as does the tag team of New Yorkers Sean Price and Pharoahe Monch on “The Matrix."

Tronic’s highest points come at the end, where the gloriously simple “Tronic Summer” and infectious “Elec (Outro)” prove that Milk’s taken well to the Dilla comparisons. It’s not just because they both come out of the Motor City. Black Milk’s living proof that there’s fresh talent out there that just wants to make hip-hop you can turn on and let ride.