Zing Went the Strings (and Horns) 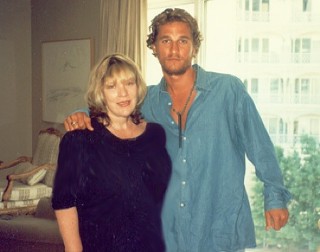 Me and Matthew McConaughey in 1996, with clothes, sans bongos.

Will Taylor wrote me an email last week, complaining about the absence of categories for strings and horns in the Music Poll. We had a couple of exchanges and let it be, but the cyber-conversation sticks with me. Here’s the gist of what I said to him.

I love the Music Poll ridiculously, but not because I believe that it imparts anything Earth-shatteringly important. What I believe the poll does do is let the fans acknowledge the work and effort artists put into their music on an annual basis in Austin. Considering the poor pay most musicians receive, being acknowledged is a nice bonus.

It's really up to bands and performers to generate votes. This wasn't always the case; back in the early days the Chron was primarily an arts publication with little political sensibility but a lot of presence in the clubs, and people voted very freely. By “freely,” I mean that sometime in the early 1990s the voting changed from choosing favorite performers of the year to voting centered around who had a release out. That dynamic really changed the way people voted and, not coincidentally, coincided with 107.1 KGSR coming on the scene.

We've always dropped categories along the way, and added others too. In determining the "health" of a category, one factor is how many bands/performers in it do or don't cross over in other categories. We don't have a lot of hard and fast rules about the Music Poll but one is that if you win Best None of the Above, you can't win another category because you are none of the above. Ditto for Best Instrumental Band. Just because a band plays an instrumental or two doesn't make them an instrumental band. Likewise, if you place in Best New Band one year, you are not eligible the next, because you can’t be new twice.

The Best Miscellaneous Instrument category often accrues votes for fiddlers and sax players even with the Strings and Horns category. This is Texas - fiddles and violins are embedded in its music – so WTF don't people vote better? Last year, when the Austin Symphony won both categories – an exceptionally cool thing to happen, IMHO – they barely responded to my calls. How's that for clueless apathy?

It does my heart good to have musicians speak up, and I sometimes carry on year-long conversations with people who complain intelligently. I have taken seriously the heartfelt complaints about those two categories (and Best Poster, but that one is really gone). If horns and strings players really crowd out the Miscellaneous Instrument category, we'll absolutely rethink the decision.

After all, that category is where Matthew McConaughey was voted for playing bongos. 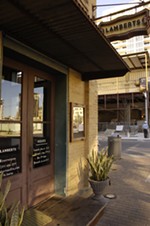