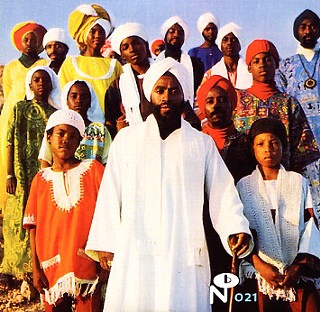 Proving once again why they are kings of the reissue game, Numero Group doesn’t merely hip you to music you’ve never heard before, but hidden histories and social movements far from the radar. Before this comp was released I was vaguely aware of Black Hebrew Israelites, African descendants (mostly African-Americans) who believe they come from the ancient Israelites and have a complicated belief system incorporating Judaism, the teachings of Marcus Garvey, and Zionism. I certainly had no idea that a group of these ex-pats from Chicago and Detroit settled in Israel in the mid-1970s, where they recorded a righteous blend of jazz, soul, disco, and psychedelic gospel music. Mix the sweet soul harmonies of the Impressions with the wandering spiritual jazz of Pharaoh Sanders, throw in some Black Hebrew scripture, and you have Soul Messages from Dimona.

Rhino Handmade dug up not one but two lost gems from the West Coast’s best funk band not led by Sly Stone. The first is a live performance at the now defunct Haunted House in L.A., encompassing two discs, 40 tracks, and a whole mess of covers, including “Respect,” “Funky Broadway,” and  “Papa’s Got a Brand New Bag,” along with seemingly every other hit-making noise on black radio circa 1968. Puckey Puckey is a glance at the end, including uncut studio sessions like a 30-minute jam-filled take on the title track.

Strut set an impossibly high hurdle for African funk compilations with the 2001 release of Nigeria 70: The Definitive Story of 1970s Funky Lagos. After closing their doors for five years in 2003, the UK label is back with a sequel and while it doesn’t quite match the original, it’s a welcome second chapter. The disc peaks with the thumping bass, bellowing drums, psychedelic surf guitar, and searing keys of Ify Jerry Crusade’s “Everybody Likes Something Good.” It’s gritty African garage soul – my new favorite genre I never knew existed.

While often overshadowed by the musical output of Rio de Janiero, Sao Paulo, and Salvador da Bahia, some of Brazil’s most intriguing musical innovations of the past two decades have come from the Northeastern state of Pernambuco and its capital city of Recife. Starting with Chico Science & Nação Zumbi in the early 1990s, the melding of global and local sounds coming out of the swampy mangrove-filled area has come to be known as Mangue Bit: Mangue meaning mangrove, bit alluding to the electronic nature of the music.

As Hobey Echlin of OC Weekly put it: “Before they were Niggaz with Attitude, N.W.A were negroes with activator.” Arabian Prince was the genius behind the futuristic electro-funk sound of a pre-gangsta, pre-Ice Cube N.W.A. The technofied “Let’s Hit the Beach” – complete with ocean wave and sea gull sound effects - is a true 1980s West Coast anthem.

Call it psychedelic cumbia, this amalgam of surf-pop and traditional Andean music was the soundtrack to sweaty nights in 1960s Amazonian oil town dive bars. Fueled by fuzzy electric guitars and Farfisa organ – and likely plenty of cerveza, chicha, and ayahuasca – it’s easy to imagine the mayhem that ensued. This sounds like the sister music to the Cambodian pop aped by Dengue Fever. If you like Dengue Fever, try sipping on some chicha.

I don’t pretend to know anything about Algerian rai music, to say nothing of underground proto-rai. I can say that this album is filled with all kinds of funky percussion, crazy dissonant brass, and awesome singing that I don’t understand a word of. The helpful folks at Sublime Frequencies have translated the titles, my two favorites being “I Cuddle Myself” and “I’m Still Getting Drunk … Still.” Grab the hookah, press play, and puff, puff, pass.

It may have worked with the O’Jays, Harold Melvin, and Diana Ross, but not everything Gamble and Huff touched turned gold. This disc explores the lesser-known recording artists responsible for the Sound of Philadelphia. Surprisingly eclectic, People’s Choice brings a heavy dose of blues and Yellow Sunshine a sort of sunny psych-rock not easily identifiable as Philly soul. Ruth McFadden’s “Ghetto Woman” from 1972 is a monster that pairs Philadelphia International’s signature strings with a hard edge. 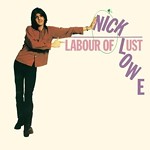 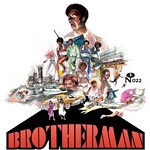