Slumdog’s soundtrack is no slouch itself 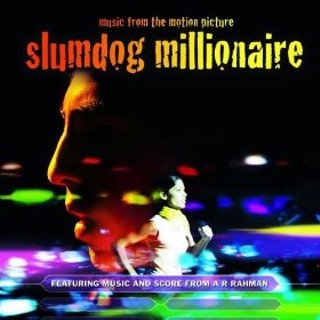 Movies are apparently a great deal louder when you sit in the front, but that was fine with me once M.I.A.’s “O… Saya” steamrolled my unprepared ears only a few minutes into Slumdog Millionaire Sunday afternoon. It’s a charging ruckus of new Hindi rhythms, and the rest of the soundtrack appropriately follows suit.

Aside from the candy-coated sappiness of “Dreams on Fire,” which coincides with Slumdog’s unfortunately late developing love story, the mostly original score (M.I.A.’s “Paper Planes” bats cleanup in the mix and DFA’s stop-go cloud 9 remix of “Planes” follows) plays out as a seamless blend of Indian traditionalism and western hip-hop. Credit that to A.R. Rahman, the Indian composer who’s scored countless Hindi and Tamil films since 1992. It’s his innovative foresight that fuels the industrial bang and clamor under “Riots” and transitions the refreshing optimism leading “Mausam & Escape” into sitar-infused futurism that charges at “O… Saya” pace.

Rahman’s greatest success is the way his compositions match the progressiveness shown in Slumdog’s central characters. M.I.A. proved with 2005’s Arular and 2007’s Kala that there can be a marriage between Indian music’s past and present, and Rahman’s production is right there with it. The Tamil native puts on his best Timbaland (“Ringa Ringa”), spots up street-wise techno (“Millionaire”), and fits auto-tuning into Hindi melody (“Jai Ho”). The sweaty “Gangsta Blues” syncopates behind Blaaze’s delicate “Me no care, me no wanna wanna care” flow and Tanvi Shah’s Nikki Jean-caliber croon.

In the theater, this collection kept a guy who’s long since strained his neck reading subtitles in his seat. As a separate listen, Slumdog Millionaire’s soundtrack does much to forecast the future of Indian hip-hop. I can’t get enough of it. 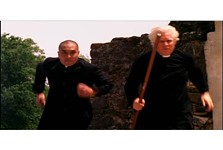