Southside of the Tracks on the right side of 08 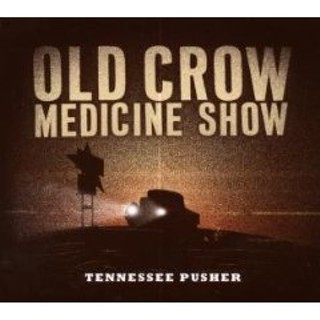 It was a good year for bluegrass – so good in fact that I’ve tipped over the Top 10 list and offered up a Top 12. Certainly some traditionalists will look at the bands on here and take exception, but what’s amazing is that so many young groups have put out truly impressive work the past few years. Groups like Old Crow Medicine Show, the Steeldrivers, and especially Punch Brothers have contorted the genre without sacrificing the integrity of the tradition, ushering in a new generation of artists that have revitalized bluegrass in the 21st century.

Now on their third album, the Nashville quintet seems to have honed in on what they do best, which is alternate between ripping, amphetamine-fueled tunes about small town losers and leering sexual innuendos, and poignant ballads wrought with superb musicianship that still doesn’t take itself too seriously.

Mandolinist Chris Thile is the most exciting musician with strings right now, and the former Nickel Creeker has had an exceptional year (see also No. 5 below). Punch, the debut of his new quintet, brings Thile’s immense vision of the four-part suite “The Blind Leading the Blind” to life with a force that infuses a simultaneously classical and contemporary aesthetic into bluegrass style.

The venerable jazz bassist Charlie Haden stretches back to his bluegrass roots with this star-studded offering, which need only list some of the players to give an idea of what’s in store: Sam Bush, Jerry Douglas, Pat Metheny, and Bruce Hornsby, with contributions from Vince Gill, Elvis Costello, Ricky Skaggs, and even Jack Black sending up “Old Joe Clark.”

4) The Grascals, Keep on Walkin’ (Rounder)

Perhaps the best all-round bluegrass outfit to emerge in the past few years, the Grascals' third album is their most accomplished yet, raking high-pitched twang across surprising country cuts like George Jones’ “Choices” and Waylon Jennings’ “The Only Daddy That Will Walk the Line.” The Nashville sextet also just recently added reigning IBMA banjo champ Kristin Scott Benson to the lineup, so expect even more good stuff in the future.

This collaboration between Thile and incomparable bassist Edgar Meyer (recipient of three Grammys and a MacArthur Foundation “Genius” Award, just to give you an idea) was long in getting on record, but still surprising at every turn. The two have been collaborating live for years, and the combination of mandolin and bass is unexpectedly supple and stunning.

Though only his second solo album, Tyminski should need no introduction, as the guitarist has been lending his skill and sweet tenor to Alison Krauss as a member of Union Station throughout their rise to stardom. Wheels is excellent in its own right, however. Polished and superb.

These Raleigh, N.C. boys nail it on their aptly titled IV. Reunited with producer Chris Stamey, the sound is relaxed and not beholden to any particular style, allowing the quartet to settle into a comfortable country and acoustic-grass mix, especially on the poignant “Birmingham Jail” and excellent heartbreaker “The Carolinian.”

The debut from this Nashville quintet is remarkable for Chris Stapleton's roughhewn vocals, which are gritty and bluesy and more in line with outlaw country than bluegrass. The result, courtesy of a band that includes Tammy Rogers’ fantastic fiddle and Richard Bailey on banjo, is deep holler magic.

Bluegrass band veterans Darren Vincent and Jamie Dailey (from Ricky Skaggs’ Kentucky Thunder and Doyle Lawson & Quicksilver, respectively) combine to fire up this debut that is about as traditional as it gets. The duo’s uncannily natural harmonies cut perfectly into the ringing mandolin, banjo, and fiddle.

10) Blue Highway, Through the Window of a Train (Rounder)

These upstate New York siblings dish out the familiar familial harmonies that are core, but increasingly rare, to the genre. Their fourth album makes an impressive mark, especially behind great songwriting like the mining-and- baseball title track, and a surprisingly solid conversion of Tom Petty’s “Cabin Down Below.”

Last year, the Stringdusters burst onto the scene with their debut LP, Fork in the Road, and cleaned up at the IBMA awards. This eponymous sophomore album lacks the debut’s vitality, but is still an accomplished statement from the young sextet, and only further secures their reputation in the next generation of stringers.

2009 is already shaping up to be a good year for bluegrass as well. Among the things to watch for in the first quarter are new releases from the Greencards and Dry Branch Fire Squad, as well New West’s reissue of Steve Earle’s bluegrass album The Mountain. And although it’s not bluegrass, keep an eye out for the Cajun maestros of the Pine Leaf Boys to drop their third album, Homage Au Passe, on Feb. 3. It’s already received a Grammy nod thanks to it’s early digital release.

Fourth Annual Bourbon, Bluegrass & Barbecue
Bourbon, bluegrass, or barbecue; which is your favorite?

Summer Pickin'
May is Bluegrass Month!