Yesterday When I Was Younger Than Yesterday

Surveying the local scene then and now 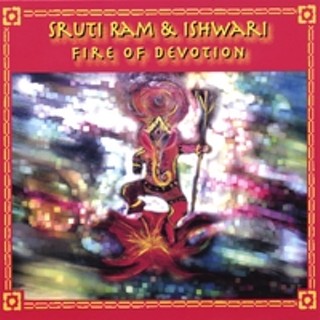 The rats have left me with a lingering nostalgia. When we were in the one-time Raul’s club last summer as it shed its Texas Showdown skin for that of Little Woodrow’s and the rats mural came out the wall after 30 years, it wasn’t hard to listen to the silence. With nary a Marshall in the house, it roared and throbbed like it did in 1978. On that stage was born the seeds of Austin’s still-vibrant punk scene and I swear you can feel it if you listen hard enough.

If you want to know what Jesse Sublett and Kathy Valentine are doing these days, pick up the Chron’s club listings. Those two musicians performed the first punk show on that chilly January night in 1978 and their love of music is still with us. Over on Red River, the spirits of the Dicks and Big Boys still informs every 1-2-3-4. The Hickoids are still making music and occasionally a great retrospective from bands like the Standing Waves comes out, but it was harder to follow some of the other bands from those days until a spate of releases that started a little over a year ago.

Sally Norvell’s Choking Victim is an elegant slice of mostly piano and vocal recording, as far as imaginable from her days chanting “Devils Eat My Body” with the Norvells or the coy come-on of “I Wanna Be Your Moon” with the Gator Family. Sally had arguably the best voice of all the punk girl singers (add Cevin Cathell of Radio Planets and Lynn Keller of the ReCords to that group), something the Cramps’ Kid Congo liked when he teamed with her as Congo Norvell.

Opening with the standard “Yesterday When I Was Young,” Norvell slides right into the co-authored “Big Louise.” “She’s a haunted house and windows are broken,” Norvell croons with the sultry cool of a woman who could give Tom Waits a run for the melancholy on this midnight blue collection. Mood music for anyone who ever wore a fuck-art-let’s-dance t-shirt. That Ron Flynt stepped up to co-produce this straight country offering from Mike Runnels speaks well for Jukebox Boulevard. Runnels led the Reactors, a tight little late-1970s punk act prone to catchy 45s. I remember “Cold Eyes,” “It’s Not Important,” and “Channel 19” as urgent and hypnotic punk, so it's interesting to contrast them with the smooth and mannered country of “Come Home, Darlin’,” “Once Again,” and “Pretty Please.” Runnels captures this steel-heavy late-1960s country sound with confidence, and if he layered these between “Cotton-Eyed Joe” and “”Stay All Night,” he could be playing the Broken Spoke. The chances of a CD of kirtan chanting becoming one of my picks of the year are astronomically small but here’s Sruti Ram & Ishwari and Fire of Devotion, an album I played night after night and often took into my bedroom CD player, which is an inner sanctum of thunderstorm and rain sound CDs occasionally breached by Loreena McKennitt or Bonnie Rideout or Enya.

Raul’s regulars will remember Lynn Keller from the Reversible Cords but under the name Ishwari, she and her partner Sruti Ram have created a rich and compelling musical offering in the repetition of sacred Sankrit names against a tightly woven tapestry of Indian and Western instruments. It’s not exactly the sort of music where you pick the hit single yet the opening “Krishna Govinda” and “Jaya Jagadambe” are as richly rendered and spiritually uplifting to me as the best Christian hymns. This transformation of ancient words into modern music reminds me how wonderfully Fairport Convention did this with Child ballads in the 1970s. Fire of Devotion is a spectacularly gorgeous aural gift, recommended for anyone whose ears are open to the music of the world here and beyond. Action Toys humbly got it right on their MySpace page when they said that they were “an admittedly minor part of the Austin, Texas punk scene back in mid-1979 and 1980.” That doesn’t mean they didn’t make good music or that thinking outside the box couldn’t cast them in a new light. And that is exactly what they did by reuniting and going into the studio to record a classic Raul’s-era set of their original tunes.

Although the titles have a kind of youthfully callow sentiment (“Too Dumb to Feel Alienated,” “Real Life Sucks”), songs such as “So Wrong” resonate with unexpected sweetness and vulnerability, a reminder that behind all the punk bravado were a lot of tender young hearts. This is such a smart effort, I wish I had money to herd Terminal Mind, the Next, and a bunch of other Raul’s-era acts into a studio and record their best-of songs. That Action Toys hold up well 30 years later is testament to the strength of this “admittedly minor” band. It’s also helpful to remember that in music scenes, it’s not always the headline acts that end up into the history pages. 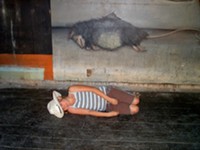