Arthur Russell Is Overtaking Me 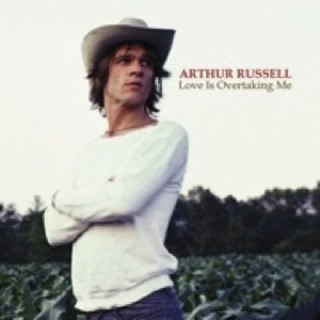 The documentary Wild Combination: A Portrait of Arthur Russell recently came out on DVD, and the more I discover about the artist and delve into his music, the more I'm fascinated by him. The new Love is Overtaking Me, on Audika Records, which has been reissuing the late musician’s work over the past several years, only deepens my esteem for Russell’s work.

With recordings spanning his career, the album focuses on Russell the songwriter, and offers the best introduction to his oeuvre. Though there are touches of the more experimental flourishes that defined his critically acclaimed 1986 album World of Echo and even some of the proto-house beats of earlier material like that collected on Calling Out of Context, the new 21-song offering is much more accessible than either of those, and showcases Russell’s expanding musical vision from some of his first recordings in San Francisco dating back to 1973 to his seminal role in New York’s underground scene up to as late as 1985.

Whereas Russell’s work is generally regarded for his virtuosic integration of cello and dense musical complexity, Love Is Overtaking Me is more lyrically driven. Opener “Close My Eyes” offers an acoustic, folk side of Russell that's rarely associated with the songwriter, a beautifully straightforward nostalgia for his Iowa roots that belies his typically more cosmopolitan characterization. At the same time, songs like “Goodbye Old Paint,” the earliest of the recordings, meld the experimental cello and shades of echo with a loping cowboy tune that's a stunningly odd mixture of Zen jazz and dusty trails.

“Oh Fernando Why” chimes poignantly behind Russell’s hauntingly low and reverbed vocals and “This Time Dad You’re Wrong” strikes a particularly personal note after viewing the documentary. Perhaps the most surprising and divergent song is “Time Away,” a sparse garage pop number that owes a heavy debt to the Modern Lovers. (Russell later played in a band with Modern Lovers bassist Ernie Brooks). “What It’s Like” shifts from spoken narrative to a soulful torch ballad, a wistful and heartbroken romanticism that Russell also highlights on “I Couldn’t Say It To Your Face.”

Though the album is stylistically eclectic, all of the songs are burnt with Russell’s distinct vocals and his typically odd sense of timing. From the jangling pop of “Hey! How Does Everybody Know” and the twitching electronics of “Habit of You” to the exuberant burst of “Big Moon” and dancefloor beats of “Your Motion Says,” the songs are wonderfully unexpected at every turn. And with a reportedly huge stock of unreleased home recordings still in the possession of his partner Tom Lee, there's undoubtedly a wealth of surprising material from Russell still to be uncovered. 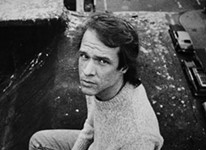