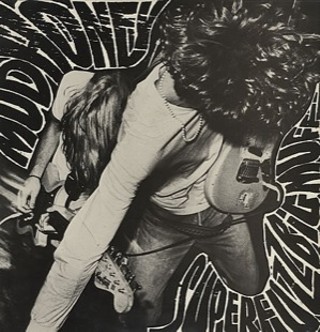 Mark Arm is not one for nostalgia.

“I certainly don’t sit around and think about things that happened 15 or 20 years ago,” he shrugs casually. Yet two decades after cutting Mudhoney’s debut 7-inch “Touch Me I'm Sick” b/w “Sweet Young Thing Ain't Sweet No More,” a crude, Stooges-inspired anthem that practically sealed the fate of the grunge movement, life is coming full circle for Arm.

Sub Pop reissued Mudhoney’s Superfuzz Bigmuff to commemorate both parties’ platinum anniversaries, and Arm reunited with Seattle stalwarts Green River for the label’s accompanying bash. (The band’s Dry as a Bone EP was the indie’s first non-compilation release.) He even found time to crank out a new LP with his garage-blues side project the Monkeywrench. Most importantly, Mudhoney’s latest, The Lucky Ones, is perhaps the band’s most stripped-down and lethal work since 1991’s Every Good Boy Deserves Fudge. Arm’s time is now.

Off the Record: What was it like to reunite with Green River?

Mark Arm: It was killer; it was a blast. It went surprisingly well, and really pretty quickly, too. We had two rehearsals in April and then just four practices before the show. I’m kind of amazed at how quickly and easily everything came together.

OTR: Was that something you had been thinking about or wanting to do?

MA: No [laughs]. I don’t think anyone had an aching desire to do it. When Jonathan [Poneman] started talking about the Sub Pop 20-year anniversary about a year ago, he asked me if Green River might want to reunite. I said I didn’t know and that I’d ask around. Everyone surprisingly said sure, no problem.

OTR: When Green River initially split ways, did you have the sense of the diverging directions the two camps were headed in?

MA: I would say next to none. We were probably done recording The Lucky Ones before we really started the reissuing process and getting down to listening to tapes from Superfuzz era.

OTR: What then inspired the back-to-basics approach for The Lucky Ones?

MA: What probably had more of an influence on that was my going out with the DTK/MC5. The rest of the band saw that and suggested that I drop the guitar for a song or two. When we started working on this new record, I didn’t want to pick up the guitar, except maybe to come up with some riffs.

OTR: What did you take away from the reissue process? Was there an aspect of it that surprised you?

MA: We had been though the process before with March to Fuzz, which was actually a little more daunting as we had a lot to choose from to make this best of sort of thing, whereas with Superfuzz we were just trying to find everything from that time period. Let’s just say that there weren’t any songs that we didn’t put on.

OTR: I thought the live recordings were just priceless.

MA: That was a bonus finding that Berlin tape. It was a bootleg, an audience recording, that I had pretty much forgotten about. Outside of Washington, we had only played Portland maybe a couple of times. By the time of that show, we had recorded Superfuzz but it hadn’t come out yet. We were chosen to go out there not only to represent Sub Pop, but also Glitter House, the European label that Sub Pop was working with at the time. It was this CMJ or South by Southwest kind of thing, but on a much smaller level. It just seemed really bizarre and weird for us to be there and we never acclimated to the time zone. We basically slept all day and woke up at about six and started drinking and stayed up until like eight in the morning and then went back to sleep. And we were there for four days.

OTR: I really wish there was some sort of visual component to those recordings in Berlin so I could see the shared what-the-fuck? reaction.

MA: We didn’t go there with a lot of respect or anything. I don’t think we really understood or thought that this thing was important or anything like that, we just sort of played this jack-off show. We played well and everything, but we just approached it with this silliness that we approached a lot of things. Oddly enough, I think that worked into our favor.

OTR: While we’re mining the archives a bit, how did you come to meet Jimmie Dale Gilmore?

MA: Steve [Turner] and I flew out to Missoula, Montana and rode in his bus back to Seattle, telling stories and singing songs with his band. It was super cool.

OTR: What sort of stories was he telling?

MA: Oh, the early days of the Flatlanders and how he first came across Townes Van Zandt. Just cool biographical stuff.

OTR: Were you guys already fans of Townes or was that something he turned you on to?

OTR: What were those recording sessions like? Did it come together pretty easily?

MA: That was cool [laughs]. Jimmie’s band is chock full of real musicians [laughs]. His guitar player at the time had been Roy Clark’s arranger, so that was a little daunting, us being just sort of a scrappy punk rock band. They didn’t bat an eyelash or roll their eyes though, which was also kinda cool. They fully understood this totally different thing that we grew up with. 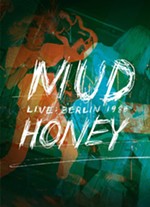