Still Up the Junction

Q&A with Chris Difford of Squeeze 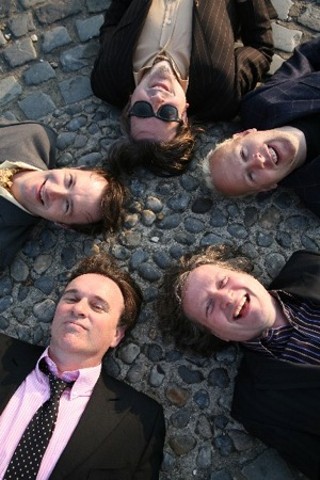 One of the all-time great pop bands, Squeeze has gone through its share of tumultuous times. Despite breakups and various lineup changes, the songs of Chris Difford and Glenn Tilbrook, often and reasonably compared to Lennon and McCartney, stand up to time better than most bands that emerged in the New Wave era of the late 1970s and early 1980s.

With John Bentley (Squeeze’s bassist for Argybargy, East Side Story, and Sweets from a Stranger), and Simon Hanson (drums) and Stephen Large (keyboards), from Tilbrook’s solo band the Fluffers in tow, they play La Zona Rosa on Friday with local popsters Fastball opening. What follows is a conversation with Difford about the band’s songs and longevity, record label difficulty, and the easy task of getting their audience to sing-along.

Geezerville: Any surprises this time out?

Chris Difford: Well, we’re doing quite a bit of old material that we haven’t played before. We’re going back to Argybargy and Cool for Cats and playing quite a lot of that stuff. It’s actually brilliant. When we originally played it at the time, I don’t think I recognized its strengths. But now, looking back on it, I think the songs are brilliant.

G: When you were recording an album like Argybargy or the songs that are best known here in the States, like “Black Coffee in Bed” or “Tempted,” did you realize the lasting impact those songs were going to have?

CD: I don’t think you do and I think you’d be a genius if you think you did. Only people like Prince can muster up that kind of emotion. Particularly when you’re young, you go into the studio to make an album to supply the goods that you go on the road with. Certainly for me, I didn’t sit down and think of the strengths of the songs. I knew they were good, but you’d never think about them lasting the test of time. Time doesn’t really mean anything to you when you’re 21-years-old.

G: I know there have been occasional breakups, but for the band to still be out there and playing those songs, it’s unusual.

CD: It’s very unusual. I must say that the fact that we’ve broken up a few times and the way that we’ve come and gone as friends has helped us manage time because we’ve given each other the space to be apart. Now, even more, we respect each other’s solo careers. That’s one way to keep a long life going.

G: I saw Squeeze play in a hockey arena in New Jersey in the early 1990s and you did something that stayed with me. You divided the arena, probably about 15,000 people, into three sections and got them to sing different parts to one of your songs. I thought it was one of the most ballsy things I’d ever seen a band do and the fact that the audience went along with it and really sang was a tribute to your fans. Where did that idea come from?

CD: It was “Black Coffee in Bed.” I don’t really know where that come from. Sometimes we’d break it down into even more groups or if we were in a theatre we’d break it into upstairs and downstairs. It turned into this sort of grand religious event where people were singing different lines. It was fun and the audience really liked it. In fact, we played a festival a couple of weeks ago and I saw a band called the Feeling do the same thing with their audience and it was amazing.

G: Late last year Universal reissued some of your discs in the UK with extra tracks. Are there any plans to release those in the US?

CD: I don’t think so because the American record company has passed on it. It’s pretty amazing, but we had a meeting with them last year and they told us that our profile wasn’t high enough for them to do anything with our back catalog. I think there’s a case for suing them for restraint of trade because it’s ridiculous that they won’t give us the opportunity to put our own music out.

G: But they continue to make greatest hits and release those.

CD: Yeah, they do that at their will and they have the right to. We can’t do anything about that, so that’s the lowest common denominator. Unfortunately, they own the copyrights and there’s not much we can do about it.

G: That leads into something else I wanted to ask you. How do you feel about the state of the music business?

CD: I don’t really have anything to do with the music business these days. We work outside of the industry, except for when it comes to the back catalog in the UK. As far I’m concerned the Internet is a place where a band like ours can still survive. When I come into any small town in America, or in the UK, you’re hard pressed to find anywhere that sells records these days. You might find a Borders and that’s about it. I think the appetite for buying music for the general public has died away and it’s been replaced by hot dogs or whatever.

G: You just released a solo record [The Last Temptation of Chris]. You had to deal with a label to do that, correct?

CD: Well, with my own album, I went to Stiff Records and they put it out. But Stiff is like selling records out of the back of a truck.