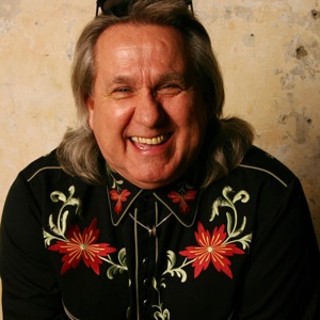 In a way, Danny Roy Young had the perfect life. His wit and warm personality personified the character of South Austin, his Texicalli Grille restaurant equally beloved. He loved his life with his family (especially his grandchildren), and thrilled to play with the Cornell Hurd Band every Thursday at Jovita's.

The news that DRY died of a heart attack yesterday afternoon started with a phone call from Susan Antone around 9pm last night and continued until past midnight with more calls and emails. The call delivered a suckerpunch to the heart, and the weight slid into my belly where it's sat heavy and unsettling. Here was a man whose heart was truly as big as Texas, an icon of uncommon good sense in a community that likes to call itself weird. Danny wasn't weird, he was rock solid.

DRY stood for many things in this community. “The Mayor of South Austin” tag was hung on him in the 1980s, after he successfully rallied the neighborhood to fight expansion plans on South Lamar. When the price of business got too high, he closed the Texicalli and “retired,” bragging about how much time he was going to spend with his grandchildren. Nowhere was he more at home than at Jovita's with his washboard resting over his shoulders as he'd stroke its metal ripples and keep that chanky-chank beat for Cornell Hurd. In a land of rednecks, DRY was a thinking man's bubba.

So there I was last night, thinking it was time for cold beer and a little contemplation. I lay in a hammock and watched the clouds shadowing the stars and felt it appropriate they weren't sparkling. I thought about the last time I saw Danny, at the Broken Spoke, with a warm hug and a smile. He was one of the genuinely decent men I've ever known.

I hope they keep Danny's spot onstage in Cornell's band. They can rest his frattoir on a wooden chair with a baby spot lighting it. And just see if there's a dry eye the next time Cornell plays “The Rubboard Waltz” at Jovita's. That would probably be tonight. 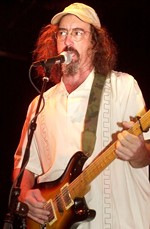 My Texicalli Chair
The treasures of the Danny Roy Young tribute