Steam Heat fogs it up again 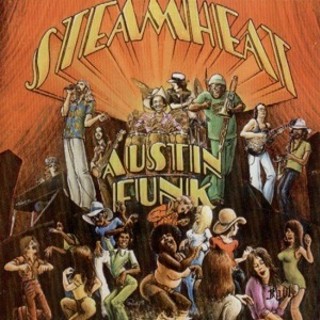 The jacket of Steam Heat’s 1975 album, Austin Funk, paints a brilliantly colored dance party at the famed Armadillo World Headquarters. Yellow lettering pops off an orange background and revelers groove to the beat sporting green butterfly-collar shirts, purple tube tops, and white fedoras. It wasn’t until after the album was released that the band discovered artist Micael Priest was color-blind. “Well, he could see color on acid,” chimes drummer Eddie Cantu, who played with the band from 1979-1984 after their Extreme Heat makeover.

In a city where public schools didn’t fully desegregate until after 1970, Steam Heat was something of an anomaly; an integrated band playing funk in the land of cosmic cowboys. “We were the first band to draw mixed crowds to clubs on the Westside,” says vocalist Bruce Spelman after a recent South Austin rehearsal. “There were other integrated bands but they didn’t play on the Westside of Austin.”

The band is tuning up for a reunion show Thursday at Threadgill’s World HQ, celebrating the reissue of Austin Funk on CD. They’ll be joined by fellow 1970s Fable mates Starcrost, 47 Times Its Own Weight, and Beto & the Fairlanes. “It’s gonna be like a big huge high school reunion,” laughs guitarist Mike Barnes. “We’ll need everyone to wear name tags.”

Channeling influences from Little Feat to Tower of Power, Steam Heat cooked up a jazzy funk fusion that served as a soundtrack to many wild nights at the Soap Creek Saloon. “It was out in the country where anything goes,” Barnes marvels of the defunct hot spot off Bee Caves Road, where they held down a weekly residency.

“You could smoke a joint out front with total impunity,” trombonist Phil Ritcherson laughs. “It was a bunch of white people who liked to drive through the mud.” 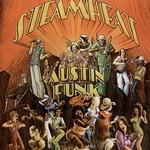