Angry All the Time

Since they’re almost constantly on the road, you might have missed that the Hot Club of Cowtown is back. A couple of Saturdays ago, the trio, who claimed not to remember when they last played Austin on a weekend, managed two barn-burning sets at Threadgill’s. The big news, though, is they’ll be releasing a disc of career highlights next week. The Best of the Hot Club of Cowtown is the first title to come out of the acquisition of Hightone Records by Shout! Factory.

While there will always be some nitpicking about song selection and omissions, the 20 tracks are a fancy overview of their cowboy jazz, fiddle tunes, and sentimental ballads, especially if you missed them the first time around. Catch Elana, Whit, and Jake at the Continental Club on Aug. 27 for a happy hour release party.

Speaking of the road and release parties, Ian McLagan & the Bump Band returned from nearly a month in the UK to hit Antone’s this past Saturday, celebrating their latest, Never Say Never (Maniac). Between songs, Mac was his usual effusive self and the band (Scrappy Jud Newcomb, Mark Andes, Don Harvey) showed that playing nearly every day has turned them into a rock ’n’ roll animal. There was a respectable crowd on hand for the early evening show, but McLagan, never one to hold back, claimed to be more than a little pissed about the fact that his release party wasn’t deemed worthy of a mention in either of the local papers. He was so angry, in fact, that he muffed the intro to “Cindy Incidentally” (“your local papers run out of news”) and dedicated it to both the Chronicle and the Statesman. If you missed them, Mac and the Bumps play happy hour every Thursday at the Lucky Lounge.

You might have seen Third Coast Music among the dust bunnies near the exits at Waterloo Records. John Conquest’s long-running rag is best used for birdcage liner, but I browse it every once in a while for a good laugh and to see if the Chronicle or I get name checked for one of his always ridiculous reasons. This month’s issue is a doozy. Here’s how he begins his review of Eric Hisaw's Nature of the Blues:

“Us music writers love Hisaw, well, except for the Austin Chronicle’s Jim Caliguiri (sic), and he doesn’t count…” If I don’t count, why mention me? Then he goes on for a several paragraphs about the excellence of Hisaw. I was going to rant about Conquest, Hisaw, and their collective lack of talent, but let’s just leave it at this: I’ve listened to Hisaw’s new disc and been to see him a couple of times. I got through four songs on his latest before I had to turn it off. He’s also one of the few artists that’s forced me to leave whatever room he was playing. You might wonder how Conquest comes up with his four star review for someone this bad, but that’s what TCM is all about, hyping musicians worthy of limited exposure with little aesthetic sense or logic.

Conquest unwittingly exposes himself by reprinting a blog post written by William Michael Smith for the Houston Press. Smith writes about an exchange with Ed Shane of Best in Texas magazine, in which Shane attacked Smith for what was termed "an insensitive review," something I can identify with. Smith replies, “It’s wrong when you make money off the same people your ‘magazine’ purports to report on, especially if the ‘reviews’ are intentionally slanted to convince readers that a pile of cow poop is actually a rose.”

Page two of the current issue of Third Coast Music is a full-page advertisement for Hisaw’s Nature of the Blues. Think the old blowhard thought about that before he printed what Smith had to say? 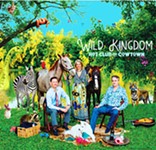