Don't bother setting your Tivo. Alejandro Escovedo has canceled his appearance tonight on The Late Show with David Letterman, along with a handful of other dates, due to acute exhaustion. His next scheduled performance is at the Austin Child Guidance Center benefit at Antone's, August 28, featuring the reunited Reivers and Ian McLagan & the Bump Band. Fellow True Believer Jon Dee Graham is also on the mend after being discharged from the hospital over the weekend. No further benefits have been announced for Graham, who was involved in a one-car accident on July 25, but cards and well wishes can be sent to: 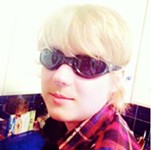 Food Issue Extra Helpings: My Dinners with Jon Dee Graham
Cooking tips from one True Believer to another 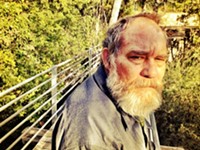