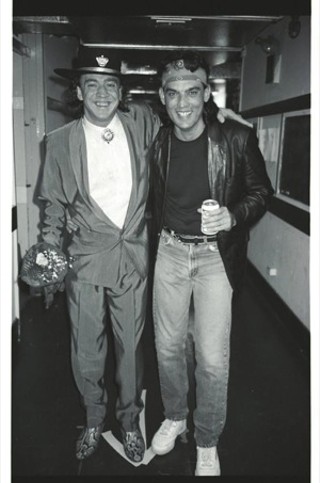 I was supposed to be in L.A. and ended up in S.A. It was a good weekend to be there too, boding well for upcoming events that connect the Alamo City with Austin. The first happens Sunday, August 3 in S.A. at Sam’s Burger Joint with a tribute to the very late Chris Holzhaus.

Holzhaus died Friday, July 11 in San Antonio, the town he ruled with an iron grip on the neck of his Strat, almost exactly a year to the day since he was diagnosed with Stage IV colon cancer. Like Austin’s Bill Campbell or the late Keith Ferguson, Holzhaus was one-of-a-kind, an eyewitness to musical history who took what he learned to the world.

For last year’s Holzhaus benefit, I wrote that the San Antonio-born guitarist recorded with the Argyles for Huey Meaux in 1964 and then with Max & the Laughing Kind out of Port Aransas. After he left the hippie-era band the Children and started with the Eastwood Revue at the Eastwood Country Club, playing alongside Doug Sahm and Spot Barnett, he went on to perform and record with Texas notables such as Augie Meyers and Delbert McClinton. Stevie Ray Vaughan sought him out as a peer and two albums, Live at Dr. Rocket’s and Welcome to Bluzhill, Texas, laid down his blues power for eternity.

That’s crunching more than five decades of work into a few sentences, a ridiculously short testament to his lengthy oeuvre. Good thing the Sunday tribute show starts at 2pm, because they need all that time to fit in the scheduled players: Ruben V, Jimmy Spacek, Debbie Walton, Claude (Butch) Morgan, Nick Connolly, Tommy Taylor, Jon Blondell, Jack Barber, Andy Salmon, Donnie Price, and Urban Urbano. That list includes a few of Austin’s finest, a reminder of how tightly bound the two towns are.

If I need any further reminding of that, I got it in spades and diamonds, in the heart of the club district in San Antonio last weekend. All along North St. Mary’s, a South First-like strip in Sixth Street drag, the music runs non-stop and the party never ends, at least not until closing time. There’s real substance among the neon glitz and drink specials – Steve Jordan plays Fridays at the Saluté International Bar and the White Rabbit catches many of the Emo’s bands.

Saturday night kicked off nearby at Sam’s Burger Joint for Happy Hour with Han Frank Glambilly, a tough dose of good-lookin’ roots twang. North St. Mary’s picks up a few blocks over and led to the Mix, where San Antonio faves Snowbyrd were headlining with #3 Dinners. Jeff Smith sent me an email that made the bill irresistible: “The Hickoids are practicing at 11 at the Mix.”

How do the Hickoids manage to keep their cache intact? Neither Smith nor his longtime foil Davy Jones spin the bottle or otherwise fuel themselves, and aren’t they supposed to flag after all this time? Nyet. Messrs. Smith and Jones roped in Jonie Hell Howard to pound the daylights outta the buckskins along with steel player Scott Lutz and bassist Rice Moorehead (Bigfoot Chester, South Filthy). They sound as big and badass as ever, no small thanks to Jeff Smith. There’s a man for whom the microphone is the on-switch to levitate. He prowled the floor like a restless panther, climbing onto a rickety chair with one cowboy-booted skinny leg propped on the table while spewing lyrics like a tent-show preacher on a mission to save your sorry ass from damnation with cowpunk hellfire. Wheeee, doggies! 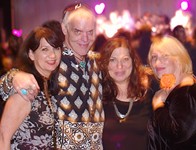 Looking Over the MGs and a San Antonio Benefit