Sci-fi and folk combine for one weird subgenre 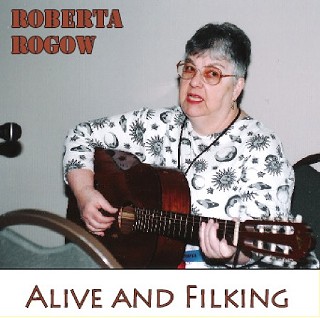 It’s science fiction week here at the Chronicle, which means, musically, we’ve digested enough Theremin, Moog, and Bowie to last us the rest of the year. You expect to find a decent dose of sci-fi musing in electronica, prog, and, odd as it may seem at first listen, hip-hop, but country and folk music are surely planted in a bit more solid ground. Well, as Randy Travis mused on his debut album, Storms of Life, “There may be factories on the moon, and farming out in space … but there’ll always be a honky-tonk somewhere.”

In trying to scrounge up some good country music sci-fi odes (and that is one mighty thin crop unless you stretch to include the Handsome Family’s fantastic “Tesla’s Hotel Room” or George Jones’ God-awful “High-Tech Redneck”), I stumbled across a little-known but fervent subgenre of folk called filk. It’s not surprising that folk and sci-fi/fantasy epics would go hand-in-hand – after all, the Holy Modal Rounders proved any burnt-out hippie could pick up a guitar to write ridiculous songs and find an audience – but filk is something different altogether.

The word itself is usually credited to a typo of “folk” in a 1950s article by Lee Jacobs misprinted as "The Influence of Science Fiction on Modern American Filk Music.” It soon became adopted by fans at sci-fi conventions, who would gather after hours for some pickin’ parties, usually involving transforming familiar tunes into science fiction songs with new lyrics. By the 1970s, there was a certified filking group established called the Dorsai Irregulars, and in 1979, an honest-to-God FilkCon. Now the genre even has its own awards (the Pegasus Awards), a Hall of Fame, and about a dozen conventions around the world every year.

What exactly constitutes filk seems to be mired in controversy. On the surface, it’s any music that's inspired by or deals with sci-fi, but extends to fantasy, modern media, and, all too often for some reason that eludes me, cats. Most of the music is fantastic, hilariously parodying classic tunes or converting beloved sci-fi stories and characters to song, like an offshoot of fan fiction. And many of the musicians are particularly excellent, as only devoted hobbyists can be. To check out some of some filking for yourself, there are the requisite, but I suggest exploring here for loads of free mp3s.