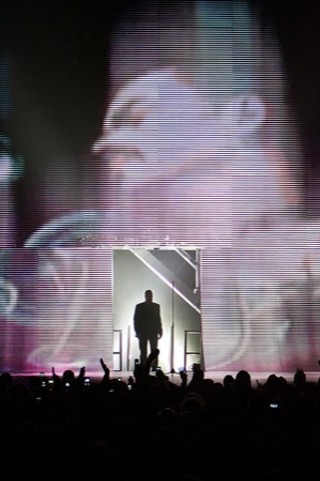 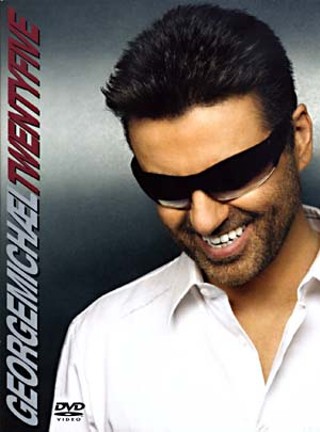 Three songs (“Fast Love,” Wham’s “I’m Your Man,” and “Father Figure”) into an almost three-hour cascade of nostalgia set against a skyscraping, Kanye West-like video backdrop, Michael had already succeeding in regressing back to an era where the wars were still cold and sexuality a hot-topic.

Doing my Night Flight through the DVD component of Michael’s recent Twentyfive-year career marker – released in conjunction with a 2-CD hits package except at Best Buy, which exclusives a bonus third disc “For the Loyal” – the progression of the London-born singer’s global imaging remains striking. Beginning video “Club Tropicana,” from Wham’s No. 1 UK debut Fantastic, finds Michael and musical partner Andrew Ridgeley tanning openly boy toy around 1981 on the Riviera. “Wake Me Up Before You Go-Go,” “Freedom,” “Everything She Wants,” “I’m Your Man,” all performed Sunday minus “Go-Go,” continue the trend.

“The Edge of Heaven,” unjustly forgotten in the canon, proves the turning point, Michael's ego clearly positioned out front. By next promotional clip “Careless Whisper,” off Wham’s second and final album Make It Big, which of course made it absolutely huge, Ridgeley’s gone, out of the picture, replaced by some mousy female between the satin seats. From that point on, the models get bustier and better looking even as their clothing disappears and the videos begin resembling perfume ads. Not until 1998 with “Outside,” wherein Michael plays up to his legal issues by doing his best Village People impersonation as a cop – a live choreography highlight in Dallas – does the parade of boobs finally diminish. “Freeek!” and “An Easier Affair,” both crowd pleasers at the show, finally ceased the charade.

“Here comes one for the ladies,” announces the latter song, which Michael dedicated Sunday to those “Club Tropicana” guys of yore, “for the ones who love me. To think I thought I could be some family man. I told myself I was straight, but I shouldn’t have worried, ’cause my Maker had a better plan for me. And I’m dancing with the freaks now.”

They danced all right, “Too Funky” to “Faith,” swaying to Michael’s smooth jazz croon: “Just One More Try,” “Kissing a Fool,” second encore “Careless Whisper.” Covers of Roberta Flack’s “The First Time Ever I Saw Your Face” and the Police's “Roxanne” went limp with the arena air-conditioning the singer said was cutting into his high notes, but otherwise, Michael kept in good voice throughout. When the saxophone player from his 15-piece band blew the torch ballad riff of “Careless Whisper” just before “Freedom” wrapped the evening, Michael’s musical evocation of a more closeted time was very subtly and seamlessly overlaid by a contemporary sense of cultural advancement. 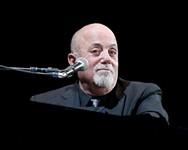