Little Doyle Bramhall all grown up 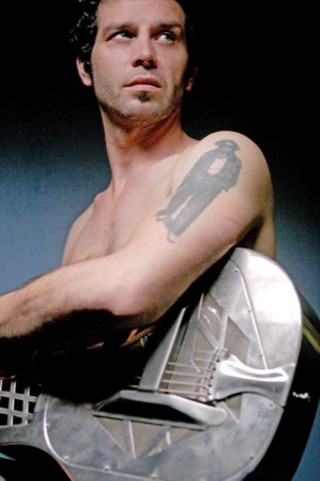 Doyle Bramhall II is playing Antone’s tonight and tomorrow night. He’s debuting a handpicked band starring the first-call guitarist of the moment, Gary Clark Jr., the funkiest of the lowdown bassists, Larry Fulcher, and dream-team drummer Earl Harvin, and that makes him happy.

Ya gotta wonder a bit at a musician like the younger Bramhall, the heir in a musically diverse family to a rich Texas guitar style. Sure, there’s his father Doyle, the thundering drummer for noted Texas bands going back to the 1960s but best known as Stevie Ray Vaughan’s songwriting partner. Doyle’s brothers Ronnie and Dale also played around Dallas but it was Doyle who relocated to Austin in 1970 with the migration of Dallas-area musicians that formed the nucleus of Austin’s second-generation blues scene.

One of the perks of sticking around the Austin’s music scene as long as I have is seeing the “little” players grow up. Little Stevie Vaughan. Little David Murray. Little Charlie Sexton. Little Jake Andrews. Little Doyle, we’d call him so casually when he was one of the kids running around. He was Little even when he traded his divinely handsome mop of Greek god curls for a purple Mohawk but he earned his stripes playing with Jimmie Vaughan at 16.

Arc Angels were his make-and-break band, a burst of rock energy formed with Sexton and the Double Trouble rhythm section in the shocked wake of Stevie’s 1991 death. The band gave a heavenly background for his soulful vocals and ever-inventive guitar but was deviled by Bramhall’s drug addiction and disbanded by 1994. Bramhall cleaned up his act and released a series of fine solo albums, including 1999’s edgy Jellycream, which directly led to tour offers with Eric Clapton and Roger Waters. Our Little Doyle, Susan Antone would tease, was about to make it big. And he did just that.

Off the road from his recent tour with Eric Clapton, Bramhall called a few days ago from “my home in Los Angeles, where I am from tour for about five seconds.” It wasn’t a joke, he flew out to Austin the next day and his tone was rueful as he talked about missing his kids.

DB II chatted amiably about his upcoming recording with Derek Trucks (“just amazing”), his buddy C.C. Adcock (“We’ve been talking about me just going down and hanging out in the Lafayette and New Orleans music scenes”), and the Antone’s anniversaries he’s grown up around (“I don‘t have any expectation or know what to expect but I know it’s going to be great”).

Talk of the Antone’s band (“I became a fan of Gary Clark’s the moment he opened his mouth and started singing”) led to a discussion of musicians DB II most likes to play with. He cited J.J. Johnson (“I want him involved in anything I do), Jeremy Stacy, and Abe Laboriel with little hesitation, prompting the question, is there an inner drummer in you?

“Well, yeah,” Little Doyle fudged only a moment. “Isn’t there in everybody?” 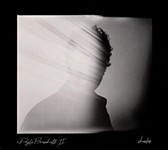