The summer mixtape circuit heats up 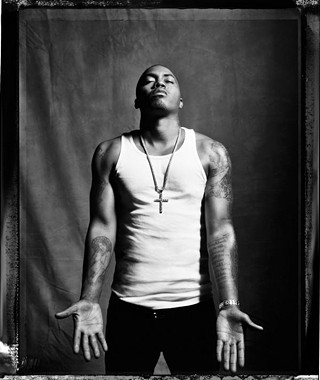 The release of Lil Wayne’s Tha Carter III (Cash Money/Universal) this week means there’s about to be a significant Weezy Drought on the national mixtape circuit. And while certain heads might greet this news with grief, Check Yo’ Self is downright giddy about the idea of getting some other material across the boards.

The Mixtape About Nothing

Mark Ronson’s D.C. boy brings go-go music back with the follow up to December’s 100 Miles and Running. Dropping sound bytes from his favorite Seinfeld episodes, Wale kicks off Nothing with a Seinfeldian “What’s the deal…” rap sequence over a variation of the sitcom’s slap bass intro. He riffs over the Roots’ “Star” and the Flava Flav-sampled “The Hype,” calling to mind Common’s Be. One of the country’s next best MCs.

Hi! My Name is BoB

Taking a cue from fellow Decatur, Ga., products Outkast, BoB (Business over Bullshit) works within no generic box. Timbo-ringing “Haterz Everywhere” pulls from Stankonia, while “Lonely People” builds on Talib Kweli’s 2003 idea, drops the top, and reels in the gangster. BoB’s a ways away from producing anything close to an LP, but Hi! stands as a good spin and a better introduction.

Esco’s upcoming album, the title of which he’s changed to simply Nas after everyone from Al Sharpton to my mother threw a fit over the previously decided on Nigger, can’t come out soon enough. Here Nas hooks up with DJ Green Lantern for more shock and awe, facing controversy and previewing a few tracks. “Black President” makes Mr. Jones’ political affiliation quite clear.

The Louisville, Ky., quintet gears up for the summer with a coal-heated assault on the mics, teaming up with DJ Smallz. Cookout’s pure country-style hip-hop, a mix of Southern tales of Chevys with the no-rush flow of “The Way It Is.” B.Y.O.B.

The legendary and timeless Premo (Gangstarr, Nas) cuts up tracks for Carson, Calif.’s Rass Kass (“Golden Child”), Queensbridge’s Blaq Poet (“We Gon II”), and former Jay-Z affiliate Sauce Money (“Against the Grain”). It’s like 1994 again with this one, carried completely by Premier’s uncommon ability to ride a piece of vinyl.