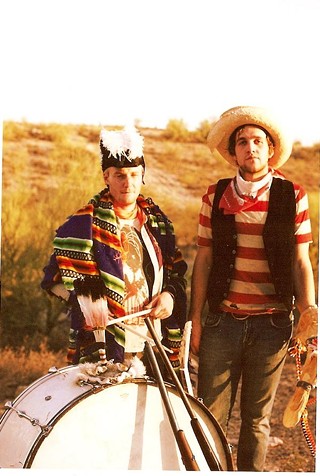 Harlem before a Civil War re-enactment

I recently asked Harlem guitarist Michael Coomers to describe what his band sounds like.

"When kids are jumping on the bed playing tennis rackets like guitars. We are the music that is playing in their brains."

If you've seen them live yet, you know that really kind of nails it. For most of its history, Harlem was just Coomers and drummer Curtis O'Mara bashing out lo-fi rock in the deserts of Tuscon, Arizona, which wholly informed their superb garage wooze. Right before they moved here a few months ago, they found third member John Hostetter at a junk store, and they've been playing the shit out of Beerland recently, the perfect incubator for their sloppy, poppy sets. So, the reason for moving to Austin?

"We moved to Austin for Barton Springs and stayed for the free nacho bar down the street," Coomers explains.

Coincidentally, their new album, Free Drugs ;-) (yes, the smiley face emoticon is part of the title), gets released June 28 at Beerland. But you can catch them sooner! This Sunday at Trailer Space Records (1401-A Rosewood Ave.), 3pm, and the United States Art Authority later that night. 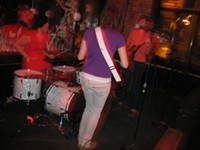 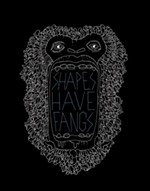 Cute Band Alert!
Shapes Have Fangs are the MOST.