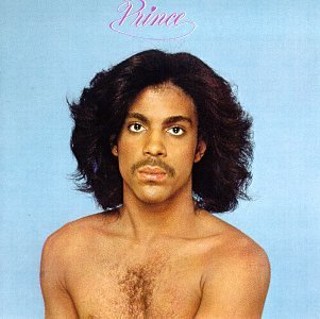 I cruised through the opening festivities at Breakaway Records on Sunday and learned that while sipping free Silver Bullet helps with the heat, it makes flipping through a row of LPs with a stack in hand much more difficult. These are life’s great obstacles.

The new Eastside vinyl shop (see this week's "Off the Record" for more) has a choice selection of rock, punk, soul, and jazz, though reggae and international records were slim pickings. Here’s what my lady and I walked away with:

Muddy Waters, Electric Mud (MCA, 1968): Muddy plugs in and wilds out, sounding more like Hendrix than the acoustic Chicago blues he’s known for. Critics and purists will hate, but this album kills.

Otis Redding, The Dock of the Bay (Volt, 1968): Copy is a bit worn but I’m ashamed this one wasn’t already in the crates.

Prince, Prince (Warner Bros., 1979): “I Wanna Be Your Lover” is the jam and “Bambi” reveals an inner freak that would later blossom. Some questionable ballads here but the photo of a nude Prince riding a white winged horse on the back cover is priceless.

Michael Jackson, Got to Be There (Motown, 1971): Young MJ’s solo debut is hit and miss but covers of Bill Withers' “Ain’t No Sunshine” and Carol King’s “You’ve Got a Friend” are worth a buck a piece.

Peter Tosh, Legalize It (Colombia, 1976): A stoned classic, this LP is graced with one of the great all-time covers: Tosh sits in a huge ganja field puffing collie herbs. Peter and Havens would have made fast friends.

Taj Mahal, The Natch’l Blues (Colombia, 1968): Who says a dollar doesn’t buy anything these days? A buck netted a copy of this blues classic with a beat-up jacket cover. Easily the best bargain of the day.

The Byrds, Mr. Tambourine Man (Colombia, 1965): Great album for the price but this really amounts to an affirmative action pick to shore up the gaping rock 'n' roll chasm in my collection.

Breakaway This Weekend
A new vinyl haven on the Eastside