Cleaning out the wax

Last night, Rubble’s opening set for Suishou No Fune included former Butthole Surfers drummer Teresa Nervosa alongside King Coffey, perhaps a warm-up for the group's reunion this summer. It’s a shame more people weren’t there to hear that classic B.S. sound thrust through the speakers of Emo’s inside room. When asked how the show was afterwards, I blanked and blurted, "Like when you're cleaning your ears and stick the Q-tip in a little too far but it feels kind of good."

With that description running through my mind, here's a handful of notable recent releases that have been doing a bit of the same lately.

Cloudland Canyon is one German (Simon Wojan) and one American (Kip Uhlhorn), and their cross-continental recording process makes this sophomore LP even more impressive. Thankfully, they have a sense of humor about the Teutonic overtones (take album opener "Krautwerk," a carbon-copy of a Neu! song), but they also take that kosmiche gaze and aim it at standouts "You & I," "White Woman," and "Heme" with addictive results.

Kim Gordon and Julie Cafritz's first album in ten years. Alas, there is nothing as amped-up as “Sex Boy” or their cover of “Oh Bondage Up Yours!” here. A decade later, Inherit's a mellow, doob-smoking, middle-aged Nor'easter mama jam, with Kim grunt-chanting through most of it in that maddening/intriguing way only she can. "Billboard" and "Free Kitten on the Mountain" recall Dirty-era Sonic Youth, and J Mascis even wanders in for "Bananas."

Via Dallas, the Diamond Age’s “reinterpretation” of Gareth Williams and Mary Currie’s 1985 cassette-only release, Flaming Tunes, is an ambitious experiment. Williams was the co-founder of the British group This Heat, and Flaming Tunes was partially inspired by his trips to India in the early 1980s after leaving the group. The result is more melodic and introspective, less challenging than This Heat. The Diamond Age makes it work, adding his own sheen to the songs while keeping the lo-fi blissfully intact.

Free Gold (We Are Free)

Indian Jewelry eases up on the H-town beatdown for their follow-up to 2006's Invasive Exotics. Openers "Swans" and "Temporary Famine Ship" feel that gunky thump, but then the album starts to float away from the docks in a reverb-psych haze. I don't think anything will top seeing them as a trio at Beerland in '05, when their strobe light was so intense it made the drunk guy in front of me strobe-puke. For a taste of their earlier stuff, pick up the excellent re-release from old group NTX + Electric, We Are the Wild Beast. 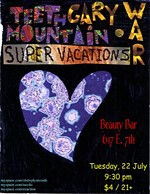 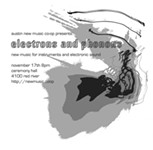 You Got Your Electrons in My Phonons