Calling Down the Fury 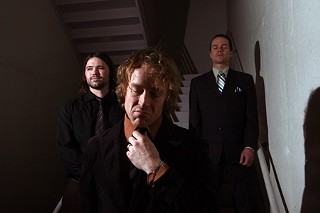 When the Retribution Gospel Choir set up before the altar of the Central Presbyterian Church at this year’s South by Southwest, the Duluth, MN., trio unleashed a surge of melodic distortion that rattled the sacred rafters. It was a sound far more cohesive and powerful than their first tour through Austin in the summer of 2005, which essentially featured slow-core pioneers Alan Sparhawk of Low and Mark Kozelek of Red House Painters trading amped-up versions of their familiarly mellow tunes.

“It was pretty ramshackle,” laughs Sparhawk of the 2005 tour. “In hindsight, now that the band’s grown a little bit and we’ve done a record, I wish we would have buckled down and made that tour even better. But it was fun.”

Though Kozelek’s tenure in the band was brief, he produced their eponymous debut and released it through his own Caldo Verde label. Sparhawk, meanwhile, has transformed the Choir from a re-imagined side project to a legitimately bruising force, embracing an explosive sound that lay dormant beneath the sublime subtleties of Low.

“It’s kind of exciting to use that headroom, to use volume to that strength and dynamic,” he says. “It’s starting to dawn on me that after years of trying to sound large within a controlled thing with Low, I guess now I’m sort of letting myself open up. It’s exciting learning the way volume works with a guitar and interacts with it. There is just something very different from that, from playing very quiet, and yet at the same time, I’m finding that there are some surprising things. Like the technique of playing in Low is very conducive to also being loud. There are things about it that jump out more and are even more unique.

“It’s been interesting to find myself after years of feeling really inadequate as a guitar player, to open up and realize, 'Well, hey, wait a minute, I sort of know what’s going on here.' I mean, I am almost 40 and I have been fighting this thing every day of my life since I was 13, so maybe it’s OK to just let it rip and see what happens."

The Choir originally sprung from a show in 2004 when Low was forced to cancel a festival appearance in Duluth at the last minute. Rather than disappoint the hometown audience, Sparhawk decided to organize a makeshift cover band, flexing his guitar strings with more rock energy, which emerged in Low’s 2005 album, The Great Destroyer.

“When we were making The Great Destroyer, and especially the way we were playing live at that point, we were starting to become louder, and I guess Low at that point was really exploring what that peak was, getting off on stuff like that,” offers Sparhawk. “I thought Great Destroyer was where we tried to figure out how to play loud, and what our limits were, and I feel like we found them and kind of did what we could. I remember very distinctly after we finished making that record feeling like, ‘Yep, that’s what Low can do in that ethic or direction.’ I felt like it answered a certain question, and that the next record would probably sound completely different.

“I guess having tasted that, and like I said there were a number of years when Low was getting quite loud and heavy as relative to the rest of our material, there were definitely exciting things there. I’m not the first person to say that a big, loud rock band, there’s nothing like it.” 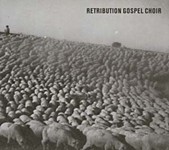