Your Cult or Mine?

Looting with the Ruby Suns and Indian Jewelry

I'm ticked I only caught the last 15 minutes or so of the Ruby Suns Friday at Mohawk because, unfortunately, I caught the genesis of their guitar and gear meltdown. However, the songs from the Auckland trio's most recent, Sea Lion, were less psychedelic and more beat-beat in your face. Sea Lion's a sonic collage, which isn't always easy to translate live, but the Suns took the album's layered beauty and turned it into something tribal. I'll forgive singer/guitarist/drummer Ryan McPhun for wearing board shorts.

Screwston's Indian Jewelry held down Emo's Lounge the next night. Their South by Southwest 08 gig debuted a new lineup as a quintet, something that lends itself to the sprawl of their upcoming LP Free Gold. But it was just a trio Saturday, and it sounded killer, tight, and dirty. Eardrum-twitching beats + reverbed vocals + strobe light = I think I astrally projected for a few minutes. I only wish I could have gotten a shot of the lone combat-boot-wearing fan who was dancing by himself in the strobe, and who also apparently dances at all the My Education shows. 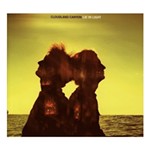