Ghosts in the Machine

The Police conclude their North American tour in San Antonio

During the second hottest solar flair-up of the evening last night at the AT&T Center in San Antonio, during the second song of the encore, “So Lonely,” Sting sang “Welcome to the Andy Summers show” into the 1978 sound-off. The Police frontman threw in the same line about drummer Stewart Copeland two minutes later, but as Summers’ Telecaster blaze went from molten to nuclear, the show’s scorecard clearly had the shorter, stouter guitarist in the lead. Considering the two tall egomaniacs yin and yanging the UK trio on either side of him for the past 30 years, Sting’s initial Police bulletin rang truest.

Not that the former Gordon Sumner – whose spitting-image son, Joe (in looks, in voice, on bass in a UK trio), had opened the concert winningly with his band Fiction Plane – wasn’t in perfectly fine fettle. Wearing a supremely satisfied grin throughout, Sting kept his throat vaporized with spray and spray he did: 17 of his gilded compositions in 100 minutes. On the final date of the Police’s North American tour, the novelty of the reunion had clearly worn off, but the musical love/hate triangle found its live sweet spots and enjoyed them thoroughly. “So Lonely,” a debut album chestnut, tuned Summers to the key of rip and shred – rend – but it wasn’t the only deliberately jagged edge to the Police 20 years after their disbanding.

Once the lights went out on what Sting announced as 11,000 Central Texans, the first ghost rising up from the stage was Copeland on his gong and wind chimes drum annex, ample distraction from Summers to creep stage front in the darkness to saw his way through the opening riff of “Message in a Bottle.” Breathtaker number one. “Synchronicity II,” for all its radio grandeur, couldn’t match it, nor did “Walking on the Moon” approach its album mate as instant nostalgia squalling into the present. Fortunately, “When the World Is Running Down, You Make the Best of What’s Still Around” engaged all three musicians as fiercely as its title is infinite.

“Don’t Stand So Close” returned the band to autopilot until another skinny tie from Outlandos D’Amour bared its teeth, “Truth Hurts Everybody” very nearly, and literally, heavy metal and making a case for the Police as a power trio rather than pop trio. “Wrapped Around Your Finger,” on the other hand, unfolded ambient, jazz-like, Copeland once again rustling his wind chimes. His percussive sprinkling made the song’s sandy gate even more disarming. If anything, “Finger” begged for more balladry paced through the predominantly uptempo set. No surprise there wasn’t time for a bit of “Tea in the Sahara” or rolling over “The Bed’s Too Big Without You.”

Though Ghost in the Machine’s “Spirits in the Material World” dropped from the set-list early tour, “Invisible Sun” beat down with more searing Summers, his solo a masterwork of buckling tension. The threepiece followed the lava into the pair of Outlandos singles that made their name, “Can’t Stand Losing You” and “Roxanne.” The former blotted out the “Sun” with a mid-song interpolation of “Regatta de Blanc,” while the latter hit a new gear altogether. First encore “King of Pain,” crackling with Summers lead lines, served up the antidote, “Wrapped” around a Zen groove to float you home.

1981, Ghost in the Machine tour, the police hauled me and high school buddy down to the station at 3am for possession of more than an ounce of psylocybin. “Spirits,” “Sun,” and “Demolition Man” had played out demonic, me thinking I’d lost my marbles during “Hungry For You (J’Aurais Toujours Faim de Toit)” because I could no longer make out English. After a thousand rings of our home phone, the desk sergeant eyeing an exhausted 16-year-old, someone picked up the line.

Now I was dead – not even a memory. My mother hates being called Mrs. Hernandez.

Message in a Bottle
Synchronicity II
Walking on the Moon
When the World Is Running Down, You Make the Best of What’s Still Around
Don’t Stand So Close to Me
Driven to Tears
Hole in My Life
Truth Hits Everybody
Every Little Thing She Does is Magic
Wrapped Around Your Finger
De Do Do Do, De Da Da Da
Invisible Sun
I Can’t Stand Losing You
Roxanne
------------
King of Pain
So Lonely
Every Breath You Take 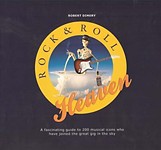 Rock & Roll Heaven, The Police: 1978-1983, Runnin' Down a Dream: Tom Petty and the Heartbreakers
Gift guide 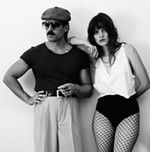