If you're a fan of Loreena McKennitt, you've most likely only heard her albums or watched her DVDs. She seldom tours and when she does it's rarely in this part of the country. Her show Tuesday night at Grand Prairie's Nokia Theatre outside Dallas - only her third performance ever in Texas - was a revelation to fans seeing her live for the first time. That voice, so crystalline on album, is even more gorgeous live.

Clear favorites emerged throughout the evening: Newer tunes like "The Gates of Istanbul," which melted with liquid grace into the quiet of the hall, as well as her adaptation of Alfred Noyes' "The Highwayman," her own exquisite "Dante's Prayer," and her breakout chart topper, "The Mummer's Dance." The ninepiece band accompanying her wove golden threads of aural beauty throughout her material, particularly cellist Caroline Lavelle, who acts as McKennitt's musical foil with her instrument's drone.

Closing the two-hour séance with "Never-ending Road," McKennitt took time to address to the audience, as she had several times during the night. She offered the observation that putting together an album was like collecting the ingredients for recipes that needed "a dinner party" to see how they tasted. Amid shouts of "We love you, Loreena," she graciously thanked the audience for attending and expressed a "deep appreciation for your neck of the woods." 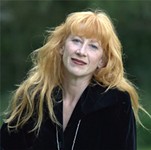 Muse for the Ages: Loreena McKennitt
Canadian chanteuse warms to vinyl and Texas 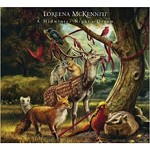 Comfort and Joy
Loreena McKennitt and her spirit animals