Breakthrough follow-ups by Rilo Kiley and Devendra Banhart bring to mind Tommy Tutone’s rejoinder to his one-off hit scrawled across bathroom walls, a song called "Dumb But Pretty" Given that the former band's Under the Blacklight got snuffed in these pages for cheap concerns, while the latter performer's Smokey Rolls Down Thunder Canyon sank in waters equally shallow, only the L.A. quartet’s and the L.A. hippie’s charisma seemed intact. Last night, they squared off across town from one another.

Against a gold lame backdrop, the SoCal foursome – augmented by backing musicians and singers – came on as tight as the musical and geographical antecedent Rilo Kiley has been most compared to with Under the Blacklight: Fleetwood Mac. Launching with "It’s a Hit," opener from 2004’s More Adventurous, whose smart, subtle romantic shadings garnered the group mass critical and commercial attention, the band then showcased the majority of the new LP over the next 45 minutes, beginning with the coos and cries of "Close Call." Standing stage front with a Fender strapped across the midsection of her black hot-pants suit, Lewis looked nothing like Stevie Nicks, but rather like a red-haired Kim Gordon of Sonic Youth, who’d put on a raging, Mac-like twirl fest at Stubb’s two nights earlier. Lewis may have been tarted up wardrobe-wise, but out front of the keyboards she hidden behind on the Adventurous tour, Chrissie Hynde also came to mind, more "Bad Boys Get Spanked" than "Precious."

Lewis’ Lindsey Buckingham, Rilo Kiley co-leader Blake Sennett (see Blacklight’s "Dreamworld"), engaged the group’s frontwoman at every opportunity, dueling his guitar with her cowbell on newbie "Breaking Up," which the former couple did long ago. Lewis’ booming bass line on "The Moneymaker," and the big bomp of Seventies steal "Silver Lining" kept the high-pitched screams of the two-thirds teaming Stubb’s at a squealing peak, Blacklight’s synth-phasing title track, "Dejalo," and LP closer "Give a Little Love" coming off bright, shiny, and utterly engaging. Critical catcalls aside, Rilo Kiley made the album they needed make for their Warner Bros. debut. When the stage’s black lights came on, Lewis’ fingernails glowed orange. Peel me one, too, J-Lew.

An hour into his show, Devendra Banhart still had plenty of new material to debut. Smokey Rolls Down Thunder Canyon third place kick-in, "Samba Vexillographica," moved and shook longer and stronger than most domestic versions of the short-lived Tropicalia movement. With a trio of guitarists including Banhart bearing down on their instruments, it’s little wonder "Seahorse" bucked and snorted like Crazy Horse. Banhart’s sixpiece shagged akin the Black Crowes, but played infinitely more on point. Light fair such as the loopy "Shabop Shalom" flung up its heals as the radio hit it will never become, and on "Lover," Banhart shown pure frontman, a hallucinatory cross between Dean Martin and Jim Morrison. For "Carmencita," crooned in Spanish – as opposed to the Portuguese and foreign-sounding gibberish the singer also employs – Banhart transformed himself into Julio Iglesias mode. The band’s primo Emo’s showing for 2005 breakout Cripple Crow sounded like rehearsal next their epic set last night, which ended on 20 minutes of encores and Banhart's 11:15pm sign-off, "I was born in Texas!" Thunder he had.

This last quarter of 2007 pits rising and veteran female singer-songwriters on the order of Nellie McKay, P.J. Harvey, Annie Lennox, and even Loreena McKennitt – live in Dallas tomorrow night – against male counterparts Bruce Springsteen, Josh Ritter, and Jens Lekman. LPs like McKay’s Obligatory Villagers, on tap Oct. 21 at the Parish, and Lekman’s Night Falls Over Kortedala, also at the Parish, Nov. 14, will come and go in your musical mode of delivery, but chances are their live sets will be anything but dumb or even pretty. 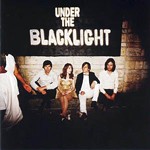 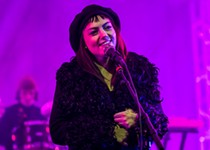