During the summer of 1981, I shared a big house on Baylor Street with roommates, including Alice Berry. Alice would go on to play with El Vez, Hillbilly Frankenstein, and Clouseaux before she started teaching Spanish at a Houston school but back then she was into rockabilly.

Martin sizzled onstage. Possessed of an edgy alto that easily matched Wanda Jackson and Brenda Lee for Southern sass, she sold over 750,000 copies of her first record and appeared on the Grand Ole Opry and American Bandstand, while Billboard called her its “Most Promising Female Vocalist for 1956.” But America wasn’t ready for a pregnant teenage female Elvis.

Secretly married to a soldier, Janis withdrew from the industry to raise her family. A few attempts to present a more mature image tanked and she fell into that bulging where-are-they-now file until the rockabilly revival of the late Seventies and early Eighties. She played her first date in England on her 42nd birthday and finally began to receive a modicum of the respect she was long due as a genuine pioneer of rock & roll.

As early as 1998, Rosie Flores spoke publicly of wanting to produce Martin and drafted her for the Rockabilly Filly album. Earlier this year, Flores’ dream came true and the two went into the studio together. On August 27, Flores sent out the email announcing that the cancer Martin knew she had was fatal:

“As some of you know, Janis recently agreed to let me produce, with Bobby Trimble, a brand new CD of 10 rock & roll songs of her choice. Backed by an amazing lineup of musicians, including Bobby, from Austin, Texas, we all gathered at a friend’s home studio in Blanco, and in three days finished a body of work that she is very proud of and excited about. Only three months prior to recording in Texas she had to endure the loss of her son who passed away in January from a brain aneurysm. With all her heart and soul she sang with as much energy and intensity as she ever had. We all feel so fortunate to have had the opportunity to share many great moments with such an amazing artist and beautiful person.”

On Monday, September 3, Janis Martin died in Durham, North Carolina at age 67. What might have been her comeback album will now be her epitaph. 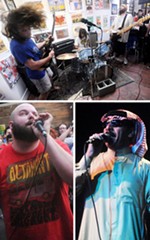