For the Sick: An Interview With Michael D. Williams

In “Last City Zero,” the opening poem from Cancer as a Social Activity: Affirmations of World’s End, Michael D. Williams, the volatile frontman for NOLA sludge pioneers Eyehategod, asks, “If New Orleans is the Big Easy, why is life so fucking hard?” The murky memoir was published in May of 2005, just months before Hurricane Katrina. The natural disaster changed Williams’ definition of Southern discomfort, setting in motion a complicated string of events that ultimately forced him to abandon his home, which later burned down, and led to a 91-day stint at the Morgan City Jail, where he underwent a painful detoxification process.

After making bail and being released on probation, things appeared to be looking up. Eyehategod had recently released Preaching the "End-Time" Message, a collection of demos, live tracks, and singles that spanned the group’s career. In March, 35 bands, including Unearthly Trance, Kylesa, Minsk, and Mouth of the Architect, paid their respects with For the Sick: A Tribute to Eyehategod.

Then, mere days before the band’s highly anticipated performance at May's Chaos in Tejas Festival at Emo’s, Williams was thrown into the Orleans Parish Prison (known to locals as “OPP”) due to previous parole violations. One week after his release, through the aide of MySpace and Kitten, the self-proclaimed “she-beast of Mr. Williams,” Into the Void spoke with Williams, who finally set the record straight on his recent string of unfortunate events.

Into the Void: So much has happened in the past two years for you. Can we back up all the way to Hurricane Katrina? What was that experience like for you, and what do you remember most vividly from that time?
Mike Williams: I stayed here [New Orleans] during the hurricane. My neighborhood was one of the few neighborhoods that didn’t flood, but as soon as the other neighborhoods did, that’s when people started coming into our neighborhood. That’s when the looting, fires, and all of that crazy stuff started. We tried to stay through that, but it just got too insane so we left.

ITV: Why did you leave for Morgan City, and why did you get arrested there?
MW: We left because it was impossible to stay where we were. You would hear gunshots in our neighborhood anyway, but the power had been out for days. You couldn’t call 911 or get a cop if you needed one. People were just getting crazy. There were gunshots constantly. People were walking down the streets stealing cars. People were looting all of the stores and stealing alcohol. It was like something you’d see in a movie. Then you’d look in the horizon and see houses burning. We got through the hurricane, but the aftermath was worse so we left for Morgan City. I was in a methadone clinic before I left. They gave us two days worth of medicine to take home, but this thing had been going on for days. So, you know, we picked up a few things from a drug store and headed up to Morgan City. We were in a hotel room up there and that’s when … I still don’t know what happened to the girl I was with. She had left the room and the next thing I knew the cops were knocking on the door.

ITV: And that was for the way in which you picked up those things?
MW: No, no. Luckily I have good lawyers and things like that so I ended up pleading guilty to distribution of one count of Xanax actually. The original charge was 15 counts of distribution, but they ended up dropping it to eight counts, and then through the lawyers and all that it ended up at one. It could have been a lot worse if I had gotten caught in New Orleans … just what happened up there I was looking at 15 years at least, or something, but if they were putting looting on there and all that, which never really … that’s alleged, allegedly looting. I’m not going to say whether it happened or not. There’s people doing time right now for doing that during the hurricane and they’ve got like 20 years for stealing … The cops would come to the neighborhood and say, ‘Hey, there’s Robair’s. They broke into Robair’s if y’all need some food. Go head over there and get what you need.’ I mean, the cops were telling us this. Wal-Mart and places like that, the cops were in there stealing stuff. There were cops stealing jewelry and TVs. I saw all of that. It really happened. The cops were at the drug stores, too. The cops were doing the same thing the people were doing.

ITV: That resulted in your first stint in jail.
MW: Yeah, I was waiting to get a bond reduction, but I couldn’t get one because apparently the wife of this judge that I went up in front of was killed by a drug addict or something so the judge called me a threat to society. Phil Anselmo bailed me out anyway, which was the coolest thing that anybody has ever done for me. I was up there over three months.

ITV: Although you and Phil were recovering from different things at the time - he with the loss of Dimebag Darrell - it seemed like you guys really bonded during this time and helped each other pick up the pieces.
MW: Phil and I have been friends for a really long time. We were from different scenes in the really early days, but in the mid-Eighties punk and metal started to merge, and that’s when we started seeing each other at the same shows. The Katrina thing just brought a lot of people closer together. I think that was something Phil felt like he needed to do. There’s not that many people left down here that have been in the scene for that long. I guess it did strengthen our friendship. I’m living on his property now, out here in his guest house. I take care of his dogs whenever he’s gone. I clean up his garbage or whatever I need to do.

ITV: Hank III [who has an Eyehategod tribute band, Attention Deficit Domination, in which he plays every instrument] told me a while back about that he was working on a project with you and Phil called Arson Anthem. He said there are eight songs recorded that span a total of eight minutes. What’s the latest on that?
MW: I’m not sure what Hank told you about it, but Arson Anthem is like this Eighties hardcore punk-metal stuff. I don’t think people are going to expect it coming from any three of our bands. It’s real short, but it’s not like grindcore. It’s fast, but it’s still hardcore. We recorded it quickly about two years ago. Hank came down here to the barn where I’m living. I did the vocals in Phil’s living room. It’s gotten pushed back a bit since Phil is focusing on Down right now. I just got out of jail for the second time about a week ago, but the whole time I was in there Phil was out in California doing the next record. I guess he met up with the label guys. I got a mastered copy of the Arson Anthem record. I’m not sure when it’s coming out, but it’s ready.

ITV: Why were you recently in jail?
MW: This thing that just happened right now was due to the fact that I was on probation for another drug charge from 2003 when the hurricane hit. I got arrested in Morgan City and ended up pleading guilty and getting five years probation. That was supposed to terminate my probation in New Orleans. What just happened was that it all came back up again. I could have done like two years this time, but they kept me in there for two months to teach me a lesson. Two months is nothing compared to two years.

ITV: What does that mean to you?
MW: Do you think I’m really not going to go back there? It’s more symbolic than that. It is on the papers, but I think they just don’t want me running around the French Quarter drinking or whatever. They’re not going to see me and pull me over or anything like that. He just wants me to not cause trouble in that parish.

ITV: What have you learned from this whole process?
MW: Drugs are bad. I’ve known for a long time. I consider myself lucky because I knew my luck was going to run out sooner or later. In the end it’s a blessing. That’s no way to live. I was destroying my life. If I didn’t go to jail, who knows where I would’ve ended up? I know I need to change my life and get my shit together. 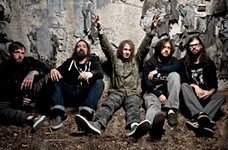