Traveling to the 2007 Coachella Valley Music and Arts Festival felt a bit like Fear and Loathing in Las Vegas, sans the expense account and excess of drugs. The three-day excursion, which featured 123 bands and had an average attendance of 60,000 people daily, began with a plane flight, car rental, and trip through the blistering desert, included nights in cheap motels and a quick round at an Indian reservation casino. There were several surreal events and possible heat-induced hallucinations: Jackass’ Weeman escorting a young woman into a Porta Potti, Scarlett Johansson joining the Jesus & Mary Chain, Explosions in the Sky incinerating the main stage. I hugged my laptop and notebook while attempting to rage against the machine.

Following the equally brash and promising Noisettes in the Mohave tent early Friday afternoon, Tokyo Police Club performed in a suspended state of arrested development, barreling through their debut EP, A Lesson in Crime, with tambourine-smashing exuberance while vocalist and bassist Dave Monks split the difference between the Strokes and Spoon. Elsewhere, former Porno for Pyros frontman and Lollapalooza founder Perry Farrell attempted to catapult his star-studded Satellite Party like a caffeinated 8-year-old. The band, which features Extreme's Nuno Bettencourt, debuted songs from Ultra Payloaded, which drops May 15 and sounds like standard stadium-built riff-rock. They also covered Jane’s Addiction’s “Stop!” but ultimately failed to lift off the ground.

The day’s best juxtaposition: Gillian Welch, accompanied by David Rawlings, dug deep into her country roots with Johnny and June Carter Cash’s “Jackson” and traditional “I’ll Fly Away,” while Britain’s tattooed detox-diva Amy Winehouse got Back to Black with the retro-soul of “Rehab” and “Tears Dry on Their Own.”

After an appearance by Scarlett Johansson for “Just Like Honey,” Jesus & Mary Chain vocalist Jim Reid mockingly asked “Wasn’t that nice?” and then answered with the tortured wail of “Reverence” (sample lyric: “I wanna die just like Jesus Christ/I wanna die on a bed of spikes”). Despite their indifference to the evening's proceedings, the quartet still killed, with “Never Understand” and “Sidewalking,” filling the air with a thick, smoglike layer of fuzz. With Dan the Automator on turntables and 21-year-old beat-box phenom Butterscotch on backup vocals, Peeping Tom, the latest estrangement by Ipecac boss Mike Patton, was just plain sick, dismantling their self-titled debut in its entirety. Sonic Youth, after a 20-minute delay, destroyed with classic cuts from Daydream Nation and Dirty.

Icelandic songstress Björk, performing barefooted and backed by an all-female brass section, enchanted with the pagan poetry and tribal rhythms from her new album, Volta, especially openers “Earth Intruders” and “Innocence,” along with breathtaking renditions of “Army of Me,” “Joga,” “Hunter,” and “Oceania.”

Everything All the Time

Saturday afternoon was marked by undesired mash-ups between the main stage and outdoor theatre. Ireland’s the Frames, whose latest The Cost sounded much better live, grew increasingly frustrated with Fountains of Wayne’s spillage into Burn the Maps’ “Finally” and “Underglass.” Frontman Glen Hansard first remarked “Maybe we can jam with them,” followed by “Yeah, they do suck.” Later, Colin Meloy and company did battle with Kings of Leon, though the Nashville brothers weren’t responsible for the Decemberists’ lackluster set. The blame falls on the band’s dull and dry demeanor during material from The Crane Wife, which was finally alleviated with the epic sea chantey “The Mariner’s Revenge Song.”

Austin’s Roky Erickson exorcised demons through the smallest amp at the festival, lifting classic cuts “Don’t Shake Me Lucifer” and “Bloody Hammer" into otherworldly realms. The psychedelic pioneer unleashed a Texas-sized boogie with “The Beast Is Coming” and ended each number with a gracious and understated “Thank you.” Alternately, Tom Morello sounded a lot like a politician on a campaign trail, smearing his opponents and rehashing the same stories at every stop. His Nightwatchman performance was practically the same as his one during SXSW in March, only Perry Farrell managed to learn a few more words to Woody Guthrie’s “This Land Is Your Land.”

The Arcade Fire's set felt like a fiery testimonial delivered on the brink of the apocalypse. Preaching from the Neon Bible, the Canadian outfit opened with “Keep the Car Running” and “Black Mirror” before scoring a neighborhood trifecta with “Tunnels,” “Laika,” and “Power Out.” Funeral’s “Wake Up” was even more cathartic than Zack de la Rocha would be screaming the same words the following night atop a tower of amps.

The Earth Is Not a Cold Dead Place

During Explosions in the Sky’s Sunday set, temperatures were well over 100 degrees. Using the heat as a catalyst, Austin's own began with the first two movements from its latest, All of a Sudden I Miss Everyone, as guitarist Munaf Rayani kept time with a near constant head tick and rhythmic crab walk. At the point of combustion, the frontline lifted its instruments towards the heavens with one hand and hammered them back down with the other.

Celebrating his 74th birthday, Willie Nelson's performance was drenched with nostalgia. The group started things off with “Whiskey River” and “Blue Eyes Crying in the Rain,” covered Townes Van Zandt’s “Pancho and Lefty,” and rode off into the sunset with “Mamas Don’t Let Your Babies Grow Up to Be Cowboys.” Easily the most anticipated performance, Rage Against the Machine, who headlined the festival in 1998, shot off like bomb, defying the expectations left in the wake of their seven-year absence with anthems “Testify,” “Bulls on Parade,” and “Down Rodeo.” Still in prime form, frontman Zack de la Rocha was as direct as bullet to the head, vehemently declaring “This current administration should be hung, and tried, and shot as any war criminal should be,” and changing the words of “Killing in the Name” to “Some of those that burn crosses are the same that hold office.” The idea of revolution was tangible. That is until some idiots attempted to set fire to the grounds.

Parking and accessibility: ACL
This one’s a landslide. Coachella cared more about the VIP list (Cameron Diaz, Drew Barrymore, Paris Hilton, Jessica Alba) than getting paying patrons in and out of the festival safely and in a timely fashion. There were more police officers guiding traffic after Sunday mass than there were at closing time each night. Cars were lined up anywhere from two to three hours. Absolutely ridiculous and endlessly frustrating.

Stage setup: ACL
Had there not been an annoying rave dome planted in the middle of the Empire Polo Club field bleeding into almost every other stage, Coachella would have sounded a hell of a lot better.

Recycling incentive: Tie
Coachella offered one bottle of water for every 10 recycled, which adds up when the necessary amount for survival averages around one per band each day, while ACL’s free T-shirt for a bag of trash gets the dirty work done quickly.

Shade: Coachella
Breaks from the sun are plentiful at Coachella, but the heat is still inescapable.

Water availability: ACL
In the middle of the desert you have to allow patrons to bring in sealed bottles of water and make it available at all times for free. Coachella failed in both regards, which is simply unacceptable.

Bands: Coachella
This one is clearly subjective, but Coachella doesn’t attempt to please everyone the way that ACL does. By specializing on a particular demographic, Coachella can afford to pull off huge stunts. In this case, the festival was the first reunion show for several bands, and served as the opening show on huge tours for other acts.

Food: ACL
The food selection at ACL doubles as a taste of town.

Best value: ACL
This isn’t rocket science. Everything about ACL, from ticket and food prices to accommodations, is cheaper and easier in Austin than it is at Coachella. 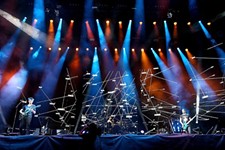 Coachella Lineup: Not Amused
Why does Muse headline all festivals? Conspiracy! 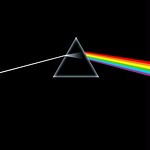