Prine: Then and Now

Saturday night offers too many choices in Geezerville, with Richard Thompson and Eliza Gilkyson in the Union Ballroom, Kenny Loggins (I kid!) at the One World Theatre, Daniel Johnston as Danny & the Nightmares at the Parish, and John Prine holding down his second sold-out night at the Paramount. Personally, I'll be at the Michael Franti & Spearhead throw-down at Stubb's, but only because I've already seen Prine and Thompson countless times over the years, and Franti will bring something fresh to my folk-weary ears.

If you're a Prine fan, though, there's excitement on the horizon, in the form of a couple of upcoming releases. Shout! Factory will be releasing the DVD Live on Soundstage 1980 on March 27. It's relatively brief, at almost exactly one hour, but offers a entertaining glimpse of where Prine was musically around the time of Bruised Orange and Pink Cadillac. There's a touch more rockabilly than one might expect from Prine, as the latter album was recorded at Sun Studio in Memphis, but that means a special appearance by Mr. "Red Hot" Billy Lee Riley and an enthusiastic run through "Ubangi Stomp." Of note are a couple of acoustic tracks recorded in the back yard of his boyhood home in Maywood, Ill., including a version of "Paradise" that's the definition of "getting back to one's roots." Not essential but interesting if only to prove that "alternative country" existed long before the term was coined. Prine's band combines folk and rock with pedal steel and fiddle in several obvious ways.

Not due until April 24 is Standard Songs for Average People (Oh Boy), a collection of duets with Mac Wiseman. Prine had never met the bluegrass legend - Wiseman worked with Flatt & Scruggs and Bill Monroe in the Forties - until songwriter and producer Cowboy Jack Clement got them together. After their first meeting, they decided to make a list of songs they'd like to record - with no restrictions as to age or genre. When they compared lists, they had seven songs in common, which they saw as a sign that they should record together. The rough-hewn results are filled with spunk and compassion. They draw on old songs – some well-known, others obscure – from Bob Wills, Tom T. Hall, Kris Kristofferson, Bing Crosby, and others for a set that feels timeless and filled with love. 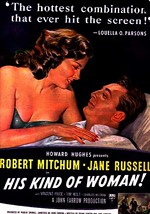