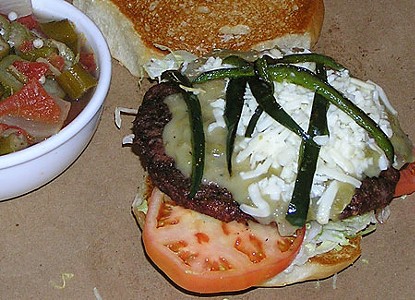 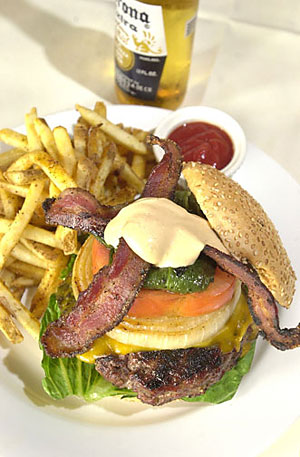 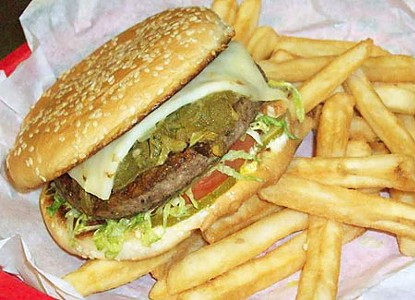 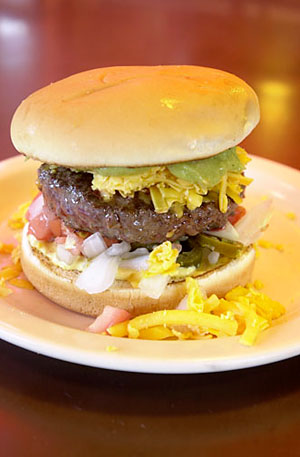 Burgers We Love
Even while we were checking out the newish burger spots around town for our "Burger Bonanza" feature story, we never lost affection and hunger for our favorite burgers from Austin's long-established burger emporiums. Based on past experience, we also knew that no matter how well we defined the parameters of the feature, we would still hear from outraged readers saying, "How could you write a burger story and not mention [insert your favorite burger here]?!" So we compiled a list of some of the burgers we love, and we've decided to let readers get in on the fun as well. Post a picture of the burger you love for everyone to see, and add your comment/rating to the other burgers listed below. 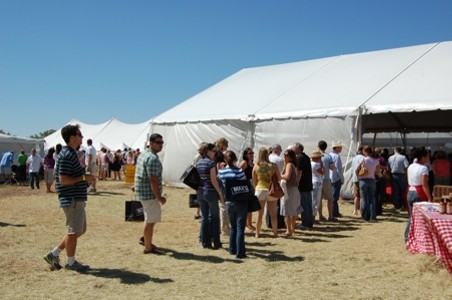 Sunday Fair
The final event of the Texas Hill Country Wine and Food Festival is a shebang called "Sunday Fair", which takes place on the last day of the Festival. Last year it was staged at a big, shady park in Georgetown; this year it was held at the Vineyard at The Salt Lick in Spicewood. I think it always MUST be held outside of Austin, because it must be held in a big field where multiple enormous tents can be put up, and there has to be ample parking for thousands. I went to Sunday Fair with fellow food writer Ann Guidry and her baby Sam. The weather was PERFECT: In the low seventies and breezy and sunny. So perfect, in fact, that I believe attendance was greater than anticipated. The event was MOBBED! The Vineyard at the Salt Lick was not as nice as the park in Georgetown; there was no shade at all, and one could not sit on the ground because it had recently rained and the ground was muddy. (So muddy that hay had to be distributed to prevent some areas from becoming enormous mires.) There was a prohibition on bringing in collapsible chairs, so essentially, once you got there you were sentenced to be on your feet for the duration.