Where to satiate your taco cravings around town 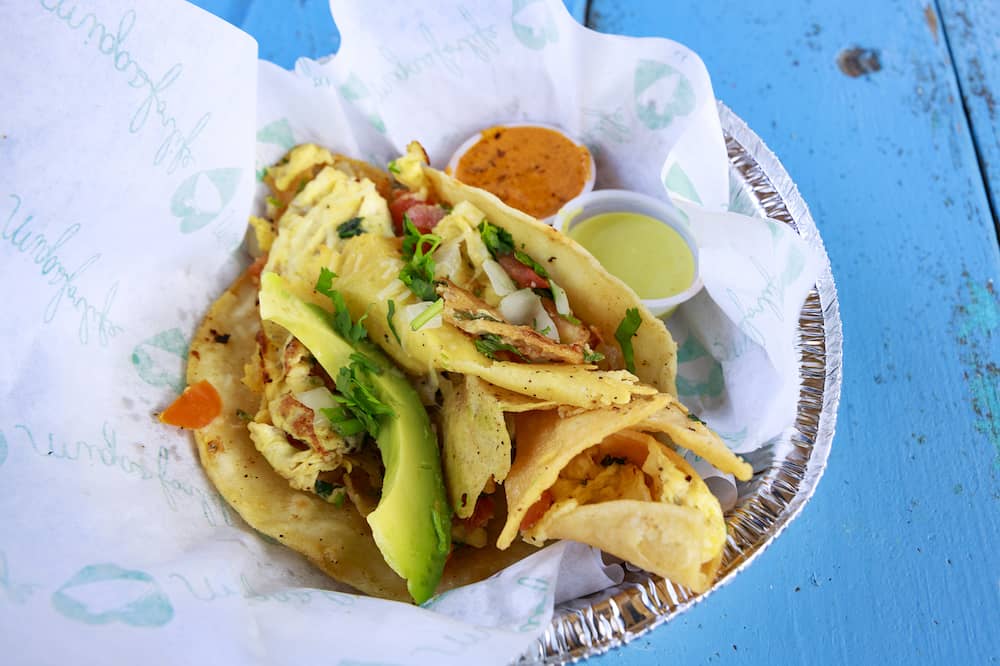 There are few things as sacred to Austonians as their beloved taco spots, and oh boy are there plenty of them to choose from.

Whether you’re seeking out your own go-to or looking to expand past your tried-and-true favorites, here are some of the city’s best tacos according to Austin readers and critics. Still hungry? Check out one of the many fine taco establishments celebrating National Taco Day on Oct. 4.

With their homemade corn tortillas and filling tacos including their staple El Tradicional or migas, Veracruz has become a local go-to. Winner of endless “Best of Austin” awards, Veracruz All Natural is all about authentic Mexican cuisine. And with six locations in Austin, you’re never far from taco nirvana. Fill up on migas tacos, tortas al pastor, or chicken tostadas and wash it all down with a fresh juice or agua fresca. veracruzallnatural.com

There's Tex-Mex, and then there's Austin, Tex-Mex. What started as a food trailer off Bouldin Creek at South First has turned into one of the city's favorite chains and a frequent "Best of Austin" winner for Best Cheap Date. Everybody's got their favorite order here, including Reader Zach Martin: “Hillbilly Style Trailer Park is the crown jewel of tacos.” torchystacos.com

Usually, you should avoid gas station food at all costs. But if the station in question houses a small kitchen with just enough room for a cook and a cashier, you might find that they put out some of the best tacos in town. Taco-Miendo, tucked away in a Chevron on Parmer Lane, is one of those joints. Serving up a variety of tacos – including, of course, breakfast tacos – all on homemade corn tortillas. 512/436-1483 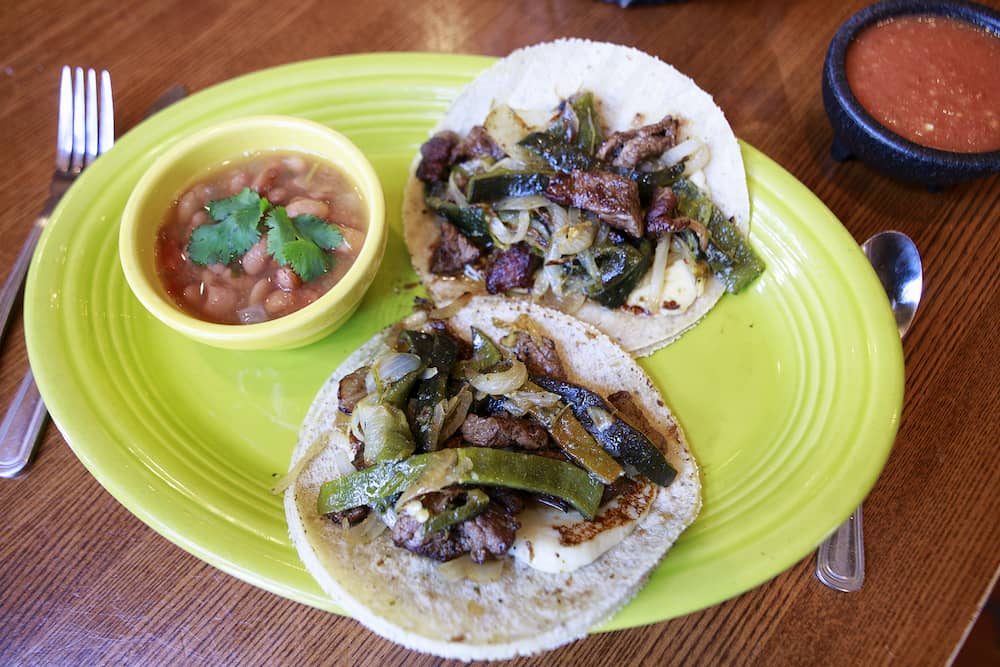 Matt and Janie Martinez started Matt's El Rancho 70 years ago and their family still runs the beloved south-side institution on South Lamar. The smoked brisket tacos are a staple in addition to their al carbon and asadero tacos, and you can never go wrong with an order of the Bob Armstrong dip. Mattselrancho.com

Throw a rock and you’ll hit a taco in this town, but not everybody can boast cauliflower chorizo, mole amarillo hongos tacos, and a chile morita brisket quesadilla, now can they? Did we mention house tortillas? If you’re having a night on the town and need a taco stat, Buford’s and Las Perlas have abbreviated offerings available for your late night cravings. asadortacos.com

At this much-loved Eastside trailer at Arbor Food Park, chef/owner Luis “Beto” Robledo is still showing up in style with his Mexico City-style tacos. It’s a simple menu, but it sells out every night thanks to expert proteins decorated with fresh cilantro and onions and wrapped in fresh corn tortillas. cuantostacosaustin.com 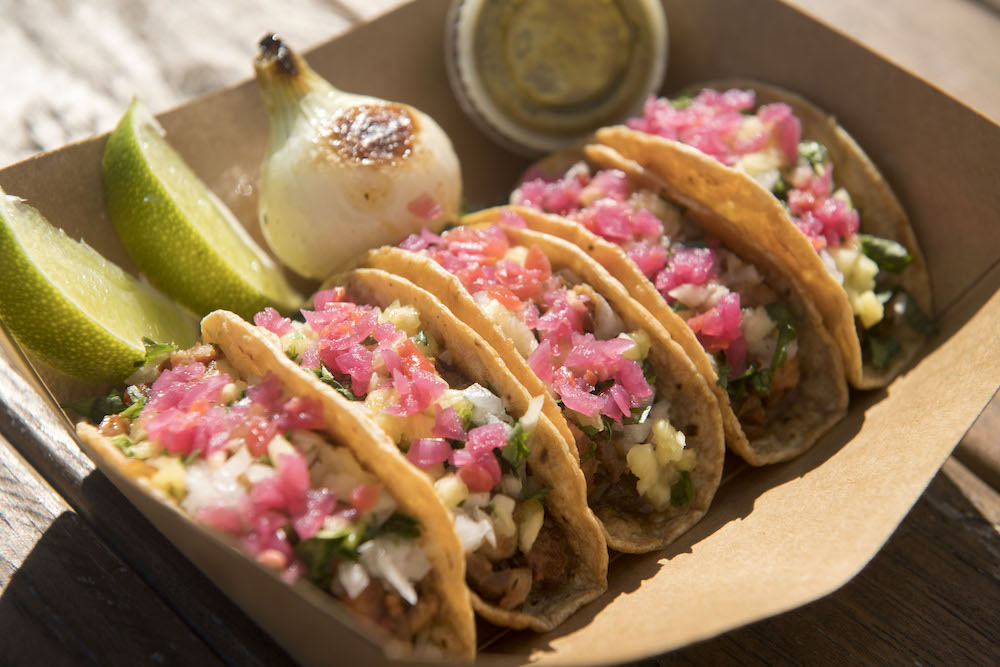 There’s something refreshing about a business that only offers a single product. Not only do we love Xose Velasco’s exaltation of his family recipe – based in a Chihuahuan regional cooking technique – but the tyranny of choice (read: FOMO) for us is also eliminated. Besides, these tacos contain multitudes; filled to the brim with beef, pork, and vegetables (that’s right, all in one taco) and topped with onions, salsa, pineapple, and more. discadatx.com

For over 30 years, this South Austin institution has been perfecting a menu rooted in Mexican street food with Texan flair – we see you, tacos al pastor – and the Austin party vibe could not be more apparent. Güero’s has specials like the Macho Taco, marrying steak al carbon with queso fresco and spicy jalapeño salsa, in addition to all the beloved, classic tacos. guerostacobar.com

The house-made tortillas and goat barbacoa tacos at this upscale restaurant dedicated to Oaxacan cuisine are out of this world, but their heirloom corn has moves you’ve never seen. The suadero tacos are also to die for, unless you can find another taco dressed with confit wagyu brisket and black magic oil (made up of sesame oil, garlic and morita chile). suerteatx.com Valentina’s is a verified “Monsters of Barbecue” first stringer, and in 100 years their legendary Real Deal Holyfield taco will be rapped about by future Bay Area expats the same way modern-day Austinites opine about the gloriousness of the OG mustard blend cheesesteak sandwich. From the handmade tortillas to the expertly smoked brisket, this food trailer-turned-restaurant is the epitome of Texas foodways. valentinastexmexbbq.com