In the Yard: Austin Winery

Pretty much surpassing all your grape expectations

Look: Here’s an interview with Matt Smith of the Austin Winery at 440 E. St. Elmo Rd. 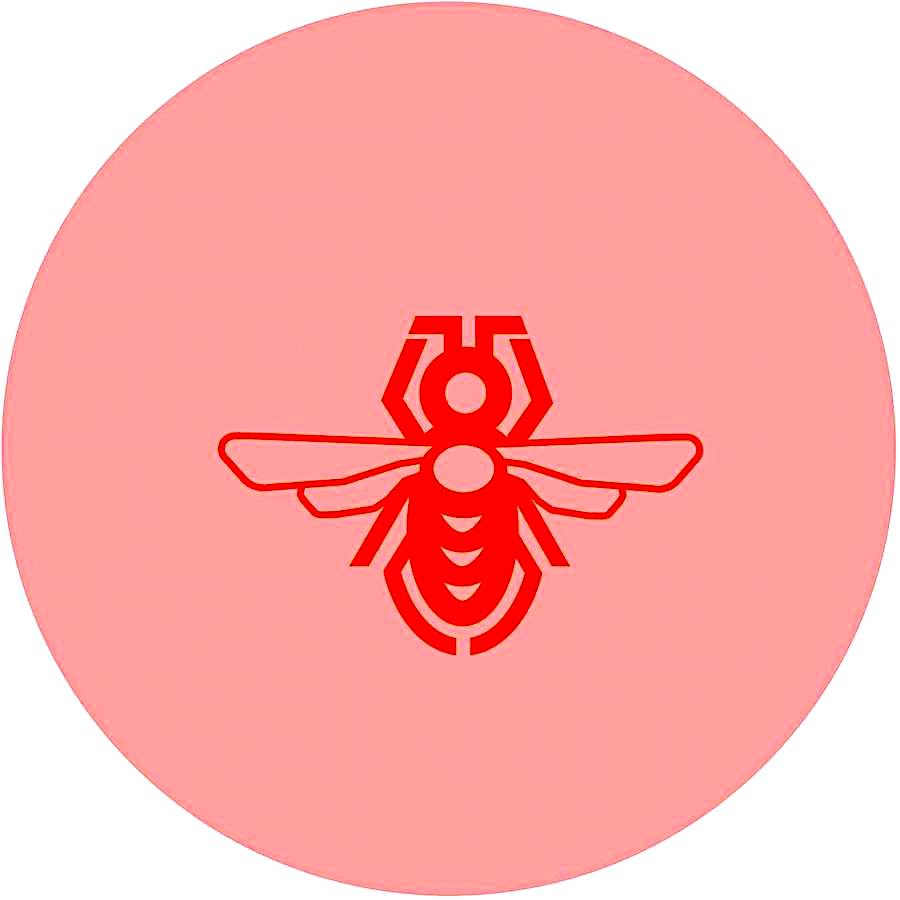 This closer look at one thriving epicenter of viniculture is a more in-depth supplement to our current overview of the creative and industrial and community-welcoming compound of the Yard at St. Elmo.

Note 1: We’ve got similar considerations of two other Yard-based businesses, via interviews with the good folks of Spokesman Coffee and Texas Saké Company. (And you may recall how we covered their Yardly neighbors, Still Austin and Raw Paw, way back in the, uh, the Before Times.)

Note 2: The Austin Winery, started by Ross McLauchlan, Matt Smith, and Cooper Anderson in 2014 and moved to the Yard in 2017, makes its own wine – its own really good wine, in varieties supported by a diversity of Texas vineyards – and invites lifelong oenophiles or curious neophytes to a welcoming bar and a soaringly spacious, elegantly designed tasting room.

Alright, now let’s check in with this affable wine merchant … 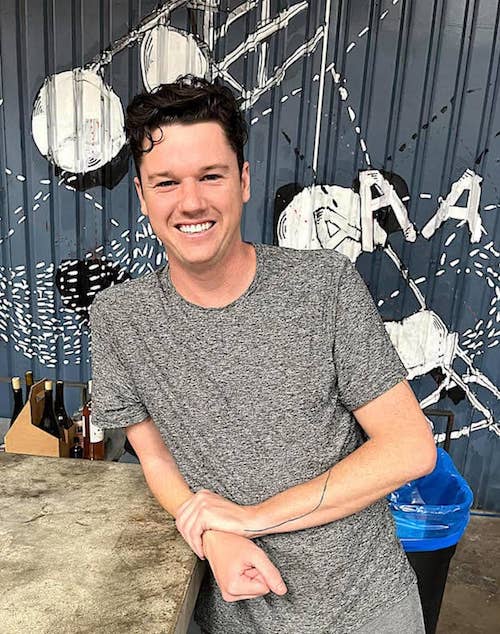 Matt Smith: We started about eight years ago – we were northeast of Austin – and for two and a half years we worked out of a rinky-dink little place in, like, a business park. Our old tasting room was a conference room that we had converted. But we figured out what we were doing, and got better at winemaking – we’re all self-taught. Cooper did a couple of online courses, but for the most part we’re self taught, and everything you’re tasting is of our own creation. And then we moved here – I think we were the third company in, behind St. Elmo Brewing and Still Austin. And we opened about the same time as Spokesman.

Austin Chronicle: And your offerings have evolved over the years, is that right?

Matt Smith: Well, we started out doing a little bit of California stuff. But, for four or five years now, we’ve done Texas wines exclusively. And we make all of it right here. We get the grapes in from a lot of family-owned vineyards in the High Plains – like, in the Lubbock area. We do a little bit of Hill Country, but it’s mostly the High Plains. We get a lot of people coming in here and going, “So, ah, where are your vineyards?” But we don’t own any vineyards ourselves – we focus on the making, not the growing. We bring the grapes in here and we make it here: Exactly like a brewery model, except we make wine instead of beer. And everything’s natural. We don’t pitch yeast, so it’s natural fermentation. You just let the wine do its thing. We try to do as low intervention as possible. Occasionally we add sulfites, but that’s very rare. And of course we’re clear about that on the bottles – because people are picky about that, nowadays.

Austin Chronicle: But the Hill Country is the major wine region in Texas, isn’t it? So many vineyards, so much activity and promotion. So, why do y’all use more of the High Plains instead?

Matt Smith: Availability is a lot of the issue. And pricing, obviously – they can charge more for Hill Country grapes, because it’s more of a wine country: Nobody’s going to go vacation in Lubbock, really. But the ecosystem is way better for grape-growing up there, compared to down here: You need the cold nights and hot days. The only problem we run into with vineyards up there is the late spring frosts, freezes. and stuff like that.

Austin Chronicle: Is there any sense of, like, a rivalry going on?

Matt Smith: The wine community is, for the most part, welcoming. It’s, ah, I’m not gonna say “trendy,” but different people get popular at different times. There’s definite idols within the industry, local celebrities in Texas. But we have plenty of friends across the board, in the Hill Country and up in the panhandle. The main vineyard we work with is called One Elm, this really nice guy named Brad, and he sells us all his grapes.

Austin Chronicle: Okay, so that’s the grapes coming in. And how do your wines go out?

Matt Smith: We just switched distributors – and now we’re distributed, as far as wholesale goes, in four or five states. We send wine out to California, we send wine to New York, to New Jersey, and Philly – this is a recent development, though, about eight months ago. And in town, we have maybe forty or fifty accounts that carry our wine – we move a lot of our products through Central Market and Whole Foods.

Austin Chronicle: And what brought y’all here to the Yard in the first place? Why this place in particular?

Matt Smith: This was a blank canvas of a building – I think it was a machinist’s, a machine shop, before we moved in – so that was really appealing. We built out this whole structure. (And, to be honest, I think we have the prettiest space on the block – as far as doing the most with what we have.) And we met with the St. Elmo guys and Chris [Seals] from Still Austin, and we just kind of vibed. Like, “This is what we’re trying to do down here,” and we met with CJ and Trey from Spokesman next door, and we were all like, “Yeah, let’s try to make a little murderer’s row of alcohol,” you know what I mean? We’ve kind of banded together.

Austin Chronicle: Tell me what makes Austin Winery a worthwhile business, what helps set you apart from every other winery in existence.

Matt Smith: Well, you underpromise and overdeliver – that’s our general way of doing things. And what we offer is a complete wine experience that you don’t have to drive three hours out to the Hill Country for. And, also? I think our wines can compete across all of Texas, with anybody in Texas, and our product is here to back up the experience. Also, working with a variety of different vineyards, it makes us more nimble. We can go where the trends go, if we want. We’re not tied down to whatever we’re growing – because we’re not growing it. We don’t have to rip up any vines and start over or whatever, which is a nice thing about this business model. If we’re interested in something different, we can just go out and get it.

Austin Chronicle: And what about COVID? How’d the pandemic treat y’all?

Matt Smith: The pandemic was pretty scary immediately. We turned into a bottle shop for about two months, just had a little station up front. And then we returned in June of 2020 with table service. And I and my partners, we, ah, we were full-on waiters for a good six to eight months. We were running to tables, we did reservations, just did whatever needed to be done, you know? But we’ve been back to regular bar service for, like, nine months now. And once people started coming back out, they were ready to party – so it’s been pretty good since then. But it was real scary from March to December of 2020.

Austin Chronicle: So, how much of having an open bar and a tasting room like this  … how much of it is based on the amount of income it brings in? As opposed to how much y’all just like doing it?

Matt Smith: I do enjoy working in alcohol, and talking to people, meeting people – that’s a good time. One of the most gratifying things is, when we started out, 100% of our revenue was the tasting room –  because nobody knew who the hell we were. We couldn’t get into Whole Foods and Central Market back then. So, over the eight years we’ve been doing this here, it’s progressed. And, last year, it’s about fifty-fifty. But this room – [he gestures around the cavernous, well-designed interior] – it’s still our bread and butter. Just the amount of people we get in here, it’s great. And it’s so satisfying when you get, like, a young couple in here, a couple who are trying out wine together for the first time, and they come in to do a tasting, try maybe four or five bottles, see what they like. It’s just so nice.

Austin Chronicle: I know y’all do those monthly Walkabout things, those weekend parties where all the beverage place and food trucks have specials and collabs and maybe there’s live music and whatever. But what about the day-to-day of the Yard? Do y’all collaborate on a regular, or at least occasional, basis?

Matt Smith: Definitely. We’ve done a collab with Spokesman, an amaro – a coffee spritz kind of thing. And, yeah, other stuff, too. Most of the creative talent in the Yard has a very good relationship with each other. And we’re good friends with the gym guys, too, the guys at MADabolic.