Camp East bake sale sells out in one hour 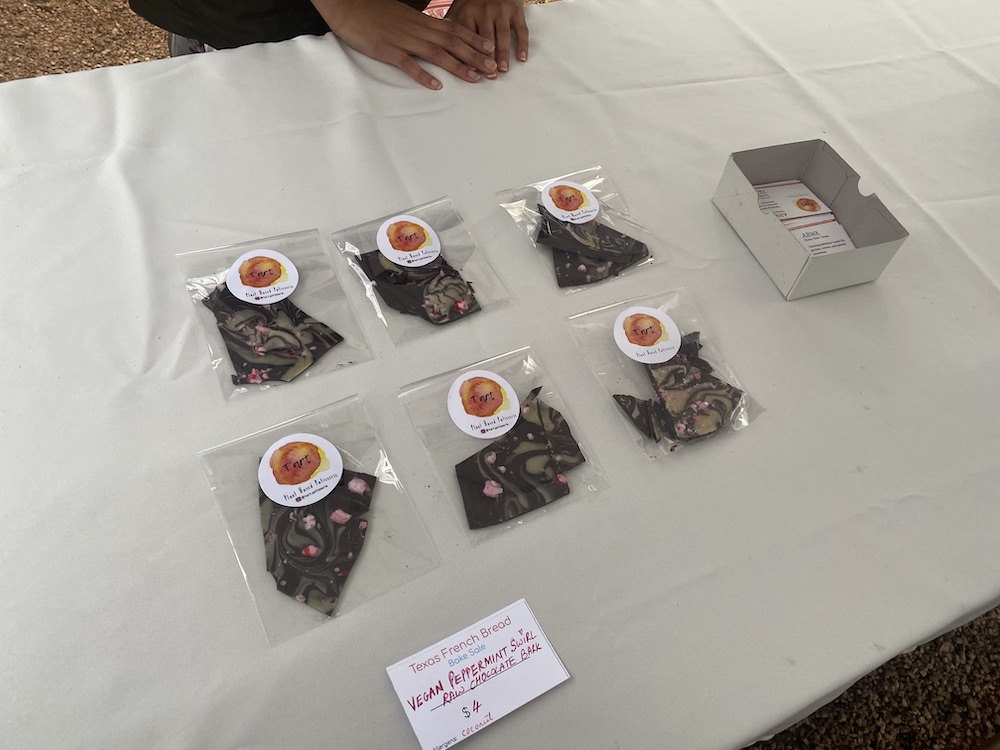 More than 30 Austin vendors came together for a bake sale on Wednesday to raise money for former Texas French Bread employees after the beloved Rio Grande bakery burned down last week.

Austinites arrived at Camp East to purchase products from hazelnut chocolate cookies and cupcakes to plant-based chocolate, edible cookie dough, and homemade chai lattes. The bake sale opened at 2pm; by 3pm, every business but one was sold out. All proceeds went to the Help Texas French Bread GoFundMe page.

“If this happened to me, I would want the community to come to my aid in some way,” said Arwa Partapgharwala, who owns online vegan, gluten-free pastry shop T’art Patisserie. Partapgharwala’s booth featured homemade, refined sugar–free, peppermint-swirl dark chocolate bark.

“With every small maker and baker, we know how much hard work goes into every little product,” the Austin-based chef said. “It's really a hard business, so any way that we can support and help? Yeah, I want to be part of that.”

“My heart just sank,” Fluger said. “I just felt like it was thick in the air, that everyone was feeling this need to do something because they love Texas French Bread. So I just kind of reached up into the air and grabbed it, and everyone was like, ‘Yes, we're there for you.’ It was just a matter of tapping into what was already there.”

Douglass Kuehn, Chief Operating Officer for Waterfall Gourmet Beverages, said he caught wind of the fundraiser and wanted to help. He said Texas French Bread was one of his accounts, and when he reached out to his numerous other accounts in Austin, he received an overwhelming $9,000 in donations. Boutique hotels, coffee shops, and restaurants across Austin contributed gift cards and products to be used as raffle prizes at the bake sale.

As the fundraiser grew from a small project to a wider Austin event, Michelle Hall, pastry chef instructor at Auguste Escoffier School of Culinary Arts, said she jumped at the opportunity to rally more local bakeries and provided an “army” of student volunteers who, decked out in white chef’s coats and holding metal cookie trays, guided bake sale attendees through the various booths.

“Texas French bread is where I went on my first date with my partner,” said Anna Claire Eddington, owner of Basic B Chai. “It's just so nice that so many people who are here today are eager to work together, help people get their dreams off the ground, and celebrate an Austin institution.” 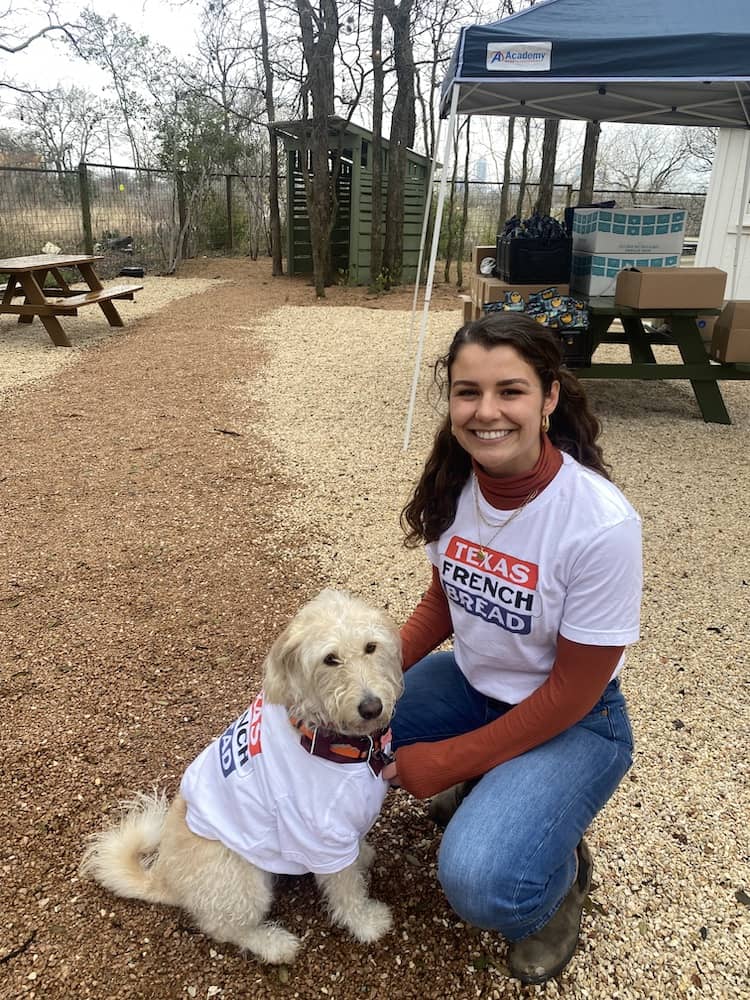 Fluger, Valez, Kuehn, and Hall pulled off the fundraiser after just one week of planning. They said the bake sale was their first time meeting in person.

“It's awesome to poke our heads out and be like, ‘oh, there’s other bakers around,’” said Trent Romriell, who runs chocolatier and bakery Cinful Sweets with his wife. “It's always great to look out for one another and just come and be a part of the community.”

Despite the cold and rainy weather, Texas French Bread loyals showed up to support the cause. “I grew up in Austin and with Texas French Bread,” said Elizabeth Adams, who attended the bake sale. “It's just been a part of my whole childhood … [The bake sale] is just so cute, it's nice to see so many people here.”

Near the checkout table, former Texas French Bread employees sold t-shirts they salvaged from the fire, some even sporting smoke damage. Bryn Lohrberg, who used to be a server, said she loved working at Texas French Bread and feels more than grateful for the community’s contributions.

“It makes me want to cry,” said Lohrberg. “It just feels so special, honestly, that [Austin] is doing this for us.”

For those who were unable to attend Wednesday’s event, Les Dames D'escoffier and Easy Tiger are hosting their own bake sale to raise funds for Texas French Bread at Easy Tiger South on Feb. 6. 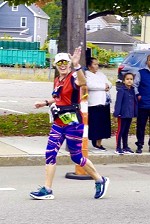