Russian House Is Dishing Up Bear (and Other) Dumplings Next Tuesday

Unlimited dumplings of all kinds supercharge a midweek feast

OK, bear with me here. 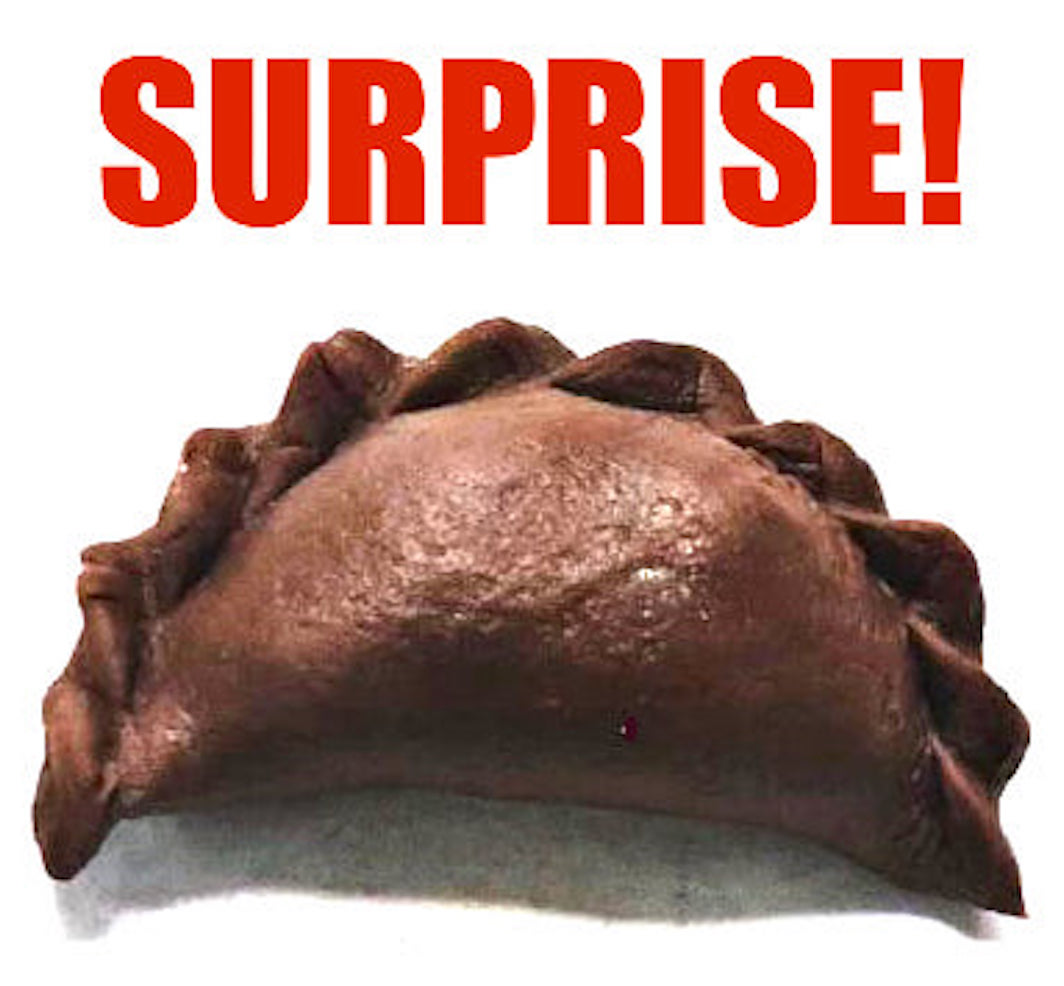 Mmmmmmmm ... and how many do you think you can eat, citizen?

Bear with me, I say … because, on Tuesday, February 1, at Russian House, that welcoming bastion of Slavic culinary excellence Downtown, it’s all-you-can-eat Dumplings Day –

– as noted in this Austin Chronicle food event listing –

– and the plethora of dumplings awaiting you there will be stuffed with all manner of tasty meats.

And, not only will there be dumplings a-plenty, but also –

OK, HOLD UP A SECOND.

Like, Ursus horribilis or whatever?
Or, ah, Yogi and Boo-Boo?

“We wouldn’t be a Russian eatery without a bear,” says Russian House’s Varda Salkey, who runs the acclaimed restaurant with her husband, chef Vladimir Gribkov. “We have prepared bear dumplings before, along with bear kotlets (patties), and both have a been a huge success.”

OK, so bear meat – bear meat in dumplings, no less – is already a thing. And it’s a popular thing, too – at least at Russian House, where chef Vlad cooks ’em up all proper and traditional.

But a question remains: From where does one source this bear meat? The Lone Star State isn’t exactly swarming with those bulky mammals, is it? And even Central Market – even Salt & Time – hell, even Jesse Griffiths’ private carcass locker (we assume) – is perennially devoid of ursine flesh.

“It is tough to find such exotic meat,” acknowledges Salkey. “But we work with Grande Natural Meats, and they supply us well.”

Well, then. So there’ll be bear dumplings, too, among all the other ordinary and exotic meats on Dumplings Day at Russian House. And there’ll be various iterations of veggie-stuffed pirogies, as well – and some sweet, dessert pirogies – and chebureki (which, Wikipedia informs us, is a national dish of Crimean Tatar cuisine).

We said Russian House, though: You do the math.

And – nazdarovya! – we’ll see you there.