You Deserve an Escape This Year, to Hotel ZaZa

Because you've totally earned this level of comfort

It’s time for a little escape, isn’t it? An escape from the humdrum, grind-you-down, workaday world – even when (or maybe especially when) that daily grind is complicated by the latest variant of COVID-19 and all it entails?

This pandemic isn’t doing much to soothe a modern human’s frayed nerves, tell you what, and here’s a whole new year in which to take some positive action toward self-care.

Now, sure, traveling by plane may be out of the question currently – but never mind those big old jet airliners. A change of scenery’s always good, even if it’s only a few dozen miles away – or just in another, snazzier part of your local environs. And not just change for a few hours – although, if that’s all you can manage, give it a whirl, and more power to you – but for an overnight stay, a whole shift through unconsciousness and back again, before you return, refreshed, to the same-old same-old.

It’s no big secret: Hotels in and around Austin weren’t built just for out-of-towners to fill up during SXSW.

You knew that, right? You’ve been Downtown, you’ve noted the fancier places and the bargainish bed-sits, at least from the outside, and you’ve probably grabbed drinks in a few of the nicer bars associated with the finer hotels, maybe had dinner in some of the excellent restaurants therein? And you also know there’s, like, resorts out there along the length of the Colorado River – architecturally expansive venues where conventions and family reunions and fabulous weddings go down?

There’s your escape, citizen. There’s your reprieve, however brief, from the mind-numbing dross of quotidian drudgery. There’s, if you choose wisely, your little bit of heaven on Earth: It’s waiting Downtown, or it’s just beyond the city limits.

And this article you’re currently reading? It’s going to give you a for-instance of one of those options – the Downtown option.

[And here’s where we cover the beyond-Austin option.]

This article is going to look at Hotel ZaZa, right there in the heart of our everchanging city. 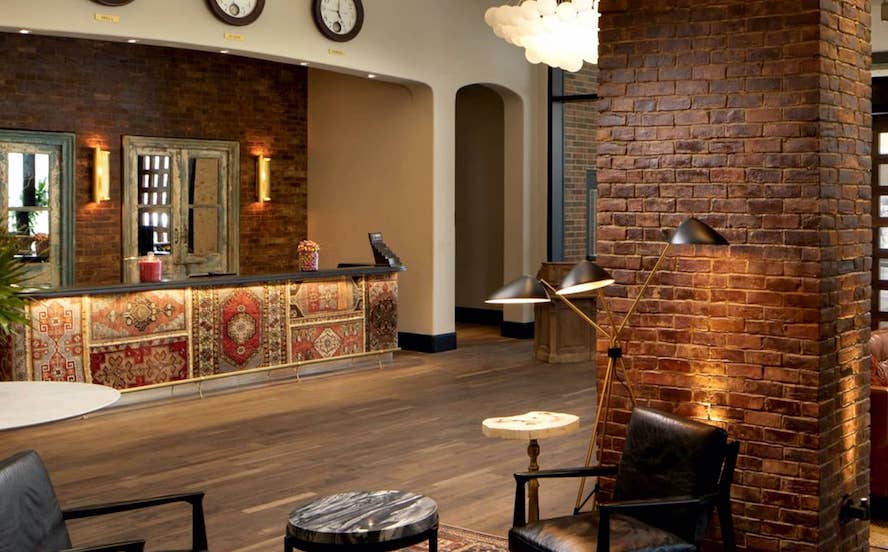 Welcome to the front desk at the Hotel ZaZa

“Not for any Christmas sort of thing," he clarifies, "but because I was going to attend the American Cancer Society fundraiser at Fair Market several blocks away. And I was going a little stir-crazy, you know, day after day and night after night in the same damn house – no offense to my wife or our house, okay? – and I wanted to enjoy a whole night – and maybe, okay, a slightly inebriated night – in the city, without having to drive back to Pflugerville ’til the next day.”

[Note: Of course Brenner lives in Pflugerville. He’s not a doctor or a lawyer or a tech bro. He’s a print journalist, FFS. Which, these days, translates to Cannot Afford To Live In Austin.]

“I mean, I’d been to ZaZa before,” he says. “They had that grand opening shindig a few years ago, invited a bunch of the media, had everybody come in and check the new place out. I brought along Tim Doyle as my plus-one. It was fucking incredible.”

“So, yeah,” says Brenner. “A night Downtown? I figured ZaZa would be just the place. I mean, it’s not cheap, right? Place like that, it’s no dinky little squat off the access road, there’s no, like, Tom Bodett gonna leave the goddam light on for you or whatever – which would be kind of creepy, anyway. But if you can afford it, if you’re gonna treat yourself right, then ZaZa’s your hotel huckleberry. No one’s ‘leaving a light on for you,’ because it’s always lit – you know what I’m saying?”

He pauses to gather his thoughts, bringing the recent night’s accommodations into sharper focus.

“The place is gorgeous, but not in some boring corporate way. I mean, yes, it’s owned by a corporation – it’s a hotel, right? – but there’s a whole lot of fierce style going on. The lobby’s all posh and modern, of course: it’s like the lounge you’d have in your mansion if you could afford a mansion, like if you won the lottery or something. And you walk down the hallways and there’s original art on the walls – it’s these great portraits of rock stars and actors and cultural icons and so on, not the usual array of abstract pastel crap you find in most places. And – oh! There’s a small alcove off the lobby, a convenient little niche that’s got hook-ups for your laptops and stuff, and it’s got this tiny sign that says BUSINESS CENTER. But the first thing you see, framed right there on the wall, is that big Albert Watson photo-portrait of Steve Jobs. Hilarious! But also maybe just a little bit inspirational? They’re all about the pop-cult celebrity stuff at ZaZa, but they’re not without a sense of humor. They’ve definitely got that style.”

[Note: Naturally, the company’s website doesn’t fail to concur: Combining the luxurious ambiance of a theatrical resort with the comfort and style of a boutique hotel, Hotel ZaZa invites travelers to a unique sensory experience. Our luxury art hotels strike the perfect balance between refinement and relaxation, where extraordinary design meets complete functionality for business and leisure travelers alike.]

“And the room itself,” continues Brenner, by now on his third espresso, “it was like renting a chunk of well-designed paradise. I stayed in a regular room, not one of the really fancy suites, and, again, it’s not just that it was comfortable or what people call well-appointed. It’s that the carpeting, the desk, the giant videoscreen, the bathroom – holy shit, that bathroom! so gorgeously tiled and immaculate, and the shower alone was bigger than the entire bathroom in any regular hotel – the whole room was so much what I wish my own house could look like, you know? And the bed, wow, was it some kind of nanotech-enabled cloud that was scientifically formulated for perfect sleeping? Because that’s totally how it felt.” 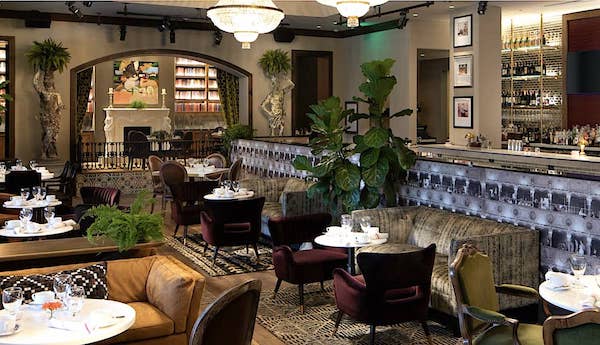 [Note: A better reporter might have researched further and been able to provide the threadcount of the bed’s blazing-white cotton sheets for you, reader. A better reporter might’ve already mentioned that Group Therapy, the full-service restaurant next to the pool on the seventh floor, serves such good food – those lamb lollipops with the feta and honey were exceptional, for instance, and who knows where you’re ever going to find a better iteration of the suddenly-popular-again espresso martini (the dark chocolate espresso martini) that the bar serves up so well?]

“Also, it's important to note the people who work there,” continues Brenner. “Because, no matter how nice a place is, if the staff aren’t on their game, what’s the point? And the people at Hotel ZaZa were terrific. They were like that during the opening party years ago, and they were like that just last month: Helpful, attentive, informative – but not in any stilted or overly unctuous way, y'know? I mean, I walk in off the street, I’m just some grizzled and slightly buzzed schlub of a journo in an ill-fitting jacket, and it wasn’t like they were being professionally polite to some stranger – it was like some charming friends who I hadn’t seen for a while, welcoming me back to the neighborhood. You know what I mean? Like they were glad to be there, and they were glad I was there, too.” He sets down his empty demitasse, smiles at the memory of it all. “Isn’t that how service should be?”