I come of a race of Vikings. 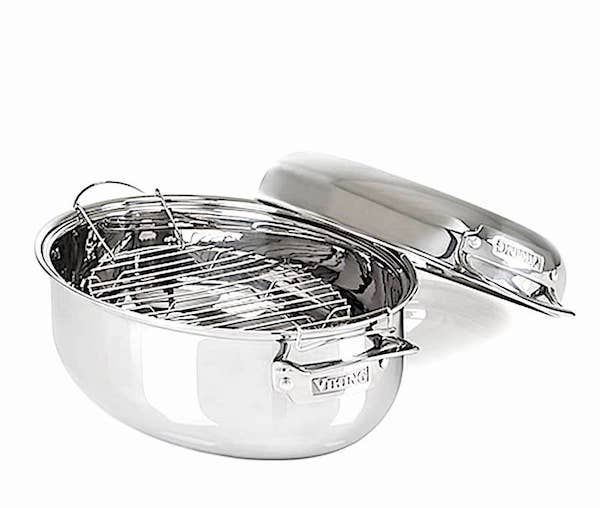 That’s a thing I say, paraphrasing a character in Oliver LaFarge’s 1936 short story “Spud and Cochise,” when someone asks after my ethnic heritage.

It’s a thing I say, too, out loud and emphatically, whenever I need to bolster myself against an oppressive situation. Like, getting out of bed in the morning. Or struggling through dark Houston streets, waist-deep in rushing water, fighting my way toward my ex-wife’s dead father’s house at 1am on the night of Saturday, October 17, 1998, as a once-every-100-years storm continues turning the southeastern part of the Lone Star State into a disaster zone.

I believe my Viking claim to be legit: I am – as verified by legal documentation and personal memory alike – the great-grandson of Finn Rongvald Wilhelmsson.

No, of course you haven’t heard of him. He was just some Norwegian potato farmer of an immigrant, scraping together a living for his family in Brooklyn before retiring to the middle of New York’s Long Island in the first half of the 20th century, way back before the internet or even roller disco was a thing. His son Kenneth died at age 17: Killed during the last big pandemic, the Spanish Flu of 1918. His daughter, Julie Marion, lived to be 97. Finn himself – name long anglicized to the more innocuous Fred Williamson – made it to 98, still occasionally riding his adult tricycle to a local gin mill called the Wellington Bar & Grill, obliterating his woes via booze in that same murky interior where his granddaughter – my mother – had made the mistake of hooking up with some greasemonkey stud in a Western-wear suit.

I was one of the eventual results of that whole family thing.

And this past Thanksgiving, a classic time for families, I didn’t have a roasting pan big enough to accommodate the turkey I’d secured for a pre-holiday test run. As noted in this paean to the deliciousness of Diestel birds, I wound up using an old, battered wok as a cooking vessel – a wok formerly relegated to my garage, filled with salt, and used to “cure” the chopped-off tail of a squirrel that had died in the Chronicle HQ’s atrium several months earlier.

Pro tip: When roasting a large turkey – or any imposing mass of flesh – or even a heap of vegetables – you probably don’t want to use an old, battered, squirrel-tail-curing wok. What you want to use is a good, large, well-made pan built specifically for roasting.

This Christmas, though, I’ll be roasting another turkey. Or maybe a ham, or a sizable hunk of venison; I’m not sure yet. But I – who come of a race of Vikings, remember? – will be doing it in a roasting pan from Viking.

(Note: Whoa, look at that segue. I can has Pulitzer now?)

A roasting pan from Viking, I say. Because I want to do it right.

And isn’t that most of what any of us want, especially when it comes to our families?
To do it, whatever it is, right?

Listen: Viking Culinary has been at the forefront of professional-grade cooking ranges for nigh on four decades, and now they’ve expanded to offer state-of-the-art cookware and cutlery and kitchen tools. These are instruments of gastronomic excellence – providing the quality and performance expected by industry pros, but designed for use in the home. In your home, in my home, in the home of anybody who’s the least bit serious about cooking. Who wants to do it right, in other words.

And so it’s the Viking 3-in-1 Roasting Pan that I’ve called upon to help me achieve a glorious Nordic victory – or at least a humble, family-pleasing success – for this year’s holiday feasting.

This sturdy (and, frankly, handsome) pan can be used as an open or covered roaster, a dutch oven, or a stockpot; the lid can also be used separately for cooking and serving. The carefully wrought vessel boasts a stainless steel interior that’s easy to clean and won’t react with food. It’s got a capacity of 8.5 quarts and can handle up to a 14-pound turkey – which would’ve made it a breeze with that 12-pound Diestel bird and spared me last month’s spouse-alarming wok antics. (Hindsight is such a bitch, n’est-ce pas?) This roaster comes with a stainless wire rack to raise food for even cooking, and the rack’s suspended from the rim of the pan for easy draining.

So, I’ve been using this thing, gearing up to the Big Day of Cooking, and I’m already as impressed as I can only hope my family will be on Christmas Day. Glad to know, too, that Viking’s got (as mentioned above) a whole line of products to help cooks in their valiant quests toward good eating.

Because, tbh, I might never achieve the skaldic grandeur of deeds done by my ancestors. I may never set up a mise-en-place in the hallowed kitchen halls of Asgard.

But, by Odin, I will surely roast whatever needs roasting!

And – thanks to Viking Culinary – I will do it right.