Austin Wins: Breakfast and Dinner and Art in Between

This feature is set in one neighborhood around South Lamar Blvd., near where that well-traveled stretch of asphalt meets with and terminates Oltorf Street.

You know: There’s Opa!, that excellent Greek coffeehouse, right there.

(If we could cover everything at once, we’d be … well, we’d be God, right? And, tbh, if we were God, we’d be too busy literally raining fire on the idiots in the Texas legislature to spend time covering anything.)

This is about Patika and Aviary and the Austin Art Garage.

Patika, because breakfast.
Aviary, because dinner.
And Austin Art Garage, because … sometimes you need to feed your spirit, right? (If only to distract yourself from the sad fact that God isn’t literally raining fire on the idiots in the Texas legislature.)

Now, our ideas about which Texas legislators are idiots may differ, sure. But, reckon we can all agree that food and art are things worth knowing about. And here we are again, near that intersection of South Lamar and Oltorf, so let’s take a look at those three places mentioned above. 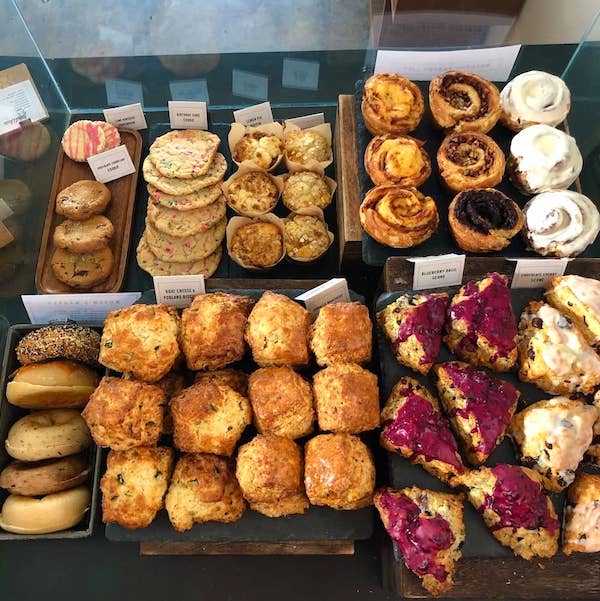 Those pastries at Patika

If you’re going to run a neighborhood hangout place that’s predicated on breakfast – which Patika is, even though their few lunch options also do well by a person’s hunger – then, obviously, you’re going to need a decent coffee program. Such a program doesn’t require the place to have a separate coffee-roasting business of its own, of course. But Patika owners Andy Wiggington and Nick Krupa are also the duo behind Austin’s Superthing Coffee Roasters – so there’s a solid base right there. Wiggington and Krupa started their business as a coffee cart Downtown, at Congress & Fourth, then (due to the public’s demand for more Patika all the time) expanded that to their current food-enhanced space in a refurbished 1940s building on South Lamar. Eventually, they decided to supercharge the whole deal with their own roastery and Superthing was born. This sort of caffeinated synergy is a lucky break for anyone who lives nearby, because the coffee’s great – and is equal to the wonderments of pastry chef Bria Jones – and the attractive design of the place (especially that partly covered and eminently dog-friendly patio), yeah, those are all amenities a citizen wants within walking distance, right? But, thing is, chef Jones’s bready conjuring is so impressive – masala chai scones, French onion biscuits, apple pie muffins, chocolate espresso cookies – that folks are likely to drive in (all the way from Pflugerville, if necessary) to begin or extend their mornings with such goodness. Note: The name Patika is Turkish; it means “footpath,” and it’s an homage to the first coffeehouses in the world. 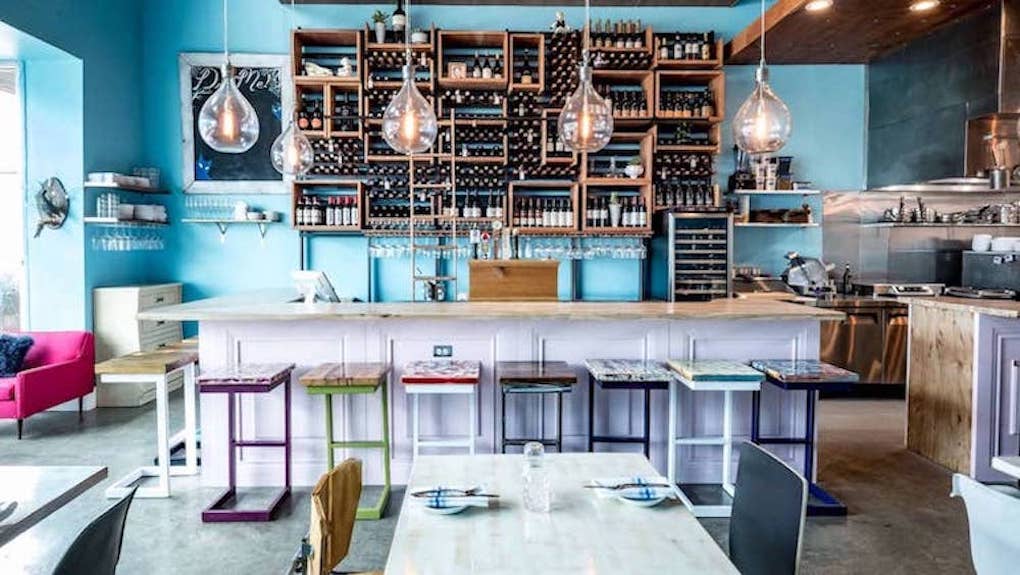 That wine-centric bar at Aviary

This former furniture store started out, food-and-beveragewise, as a wine retailer. Hell, it still is a wine retailer, doing hella bang-up commerce online and in-person, as befits a company in our contemporary business environment. But – people who give a damn about wine? People who really give a damn about wine? They tend to also be into food. Into dining, right? Tell you what: You can be into either one of those things and this Aviary will blow you away in a pleasurable fashion. What Marco Fiorilo and John Coronado are running is an intimate space, a stylishly appointed spot tucked into the end of that strip where S. Lamar corners into Oxford Avenue. It’s got a sweet little patio area, too, and – it’s just across the street from Loro, y’know? And Loro, that genius collaboration from Aaron Franklin and Tyson Cole, will also work as a comparative. Because Loro’s got its stake claimed: Loro is gastronomically unbeatable as a specialist in Asian-fusion barbecue, and no bones (ha!) about it. But we’ll swear on a stack of Waverly Root hardcovers that the eclectic farm-to-table creations of Aviary’s chef Andre Molina, the inspired menu’s stars, are the qualitative equal to what even Loro’s kitchen provides. Go ahead – whether you’re the sort of person who will swoon over the spot’s oenophilic offerings or you’re teetotal for whatever reason, go ahead and try the seared kampachi with olive butter and pickled fennel, or those delicate dumplings with poached shrimp and fennel and mustard seeds, or that melt-in-your-mouth pork belly with the fermented turnips and mustard greens, and see if you don’t agree. The service at Aviary is great, too, very friendly and informative; and the whole place has this … ah, somehow it’s this delightful Austin-back-in-the-day feel, although it’s relatively new – and although Austin-back-in-the-day seldom had food anywhere near this good. Which is why it’s smart to remember that equally back-in-the-day advice: Be Here Now. Because that’s a good suggestion vis-a-vis Aviary, to anyone looking for a superlative wining and dining experience. 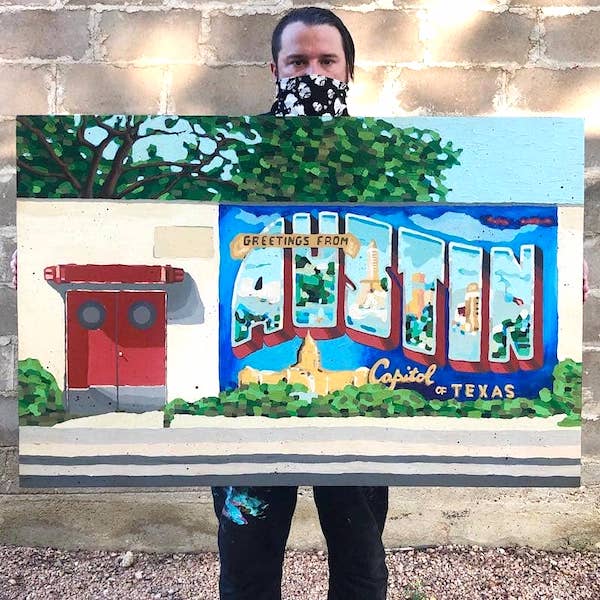 It’s right there, across the street from Patika and just a block away from Aviary, so it’s kind of between those eateries, if you look at the geography a little cross-eyed. And we’re suggesting that it could work the same way chronologically. Like, you could grab a late brunch and hang with coffee for a while at Patika, head across the street to explore Austin Art Garage, then wander over to Aviary and have a dinner that’ll make you go wow. Because this trio of venues is one of the more compelling microcosms of Austin that exist all along South Lamar, and because the Garage itself contains things that will also make you go wow. The duo who run the place, Jake Bryer and Joel Ganucheau, say this: “We’re just two guys that wanted to make it easier to find and purchase original art without entering a world of debt.” And so they do – and they do it well, wrangling an everchanging selection of artists (all of them from Austin, yes) to deck the walls and stock the shelves and bring their galleries a vibrant diversity of subjects and styles and bold visual gambits. Thing is, Bryer and Ganucheau are artists themselves, and the works they create – Bryer, with composite photography; Ganucheau with acrylics and mixed media – are bright evocations of modern life and pop culture and, often, Austin’s specific urban environment. And their work, like much of what the gallery represents, is affordably collectible. Conclusion: You can check this place out for originals from a variety of talents, or for a deep array of high-end prints and reproductions, and you’ll remember: Oh, hey, Austin hasn’t totally become the domain of California-transplanted tech bros, there’s still a bunch of creative locals bringing the best sort of weirdness into our problematic city. Thanks, Art Garage!