Beginning in 2016 with a push-cart selling tacos outside the Mexic-Arte Museum, celebrated local eatery Vaquero Taquero returns to the Downtown area with a second brick-and-mortar location. Waller Creek Pub House, which closed last year due to the pandemic, previously occupied the restaurant space off Sixth Street. 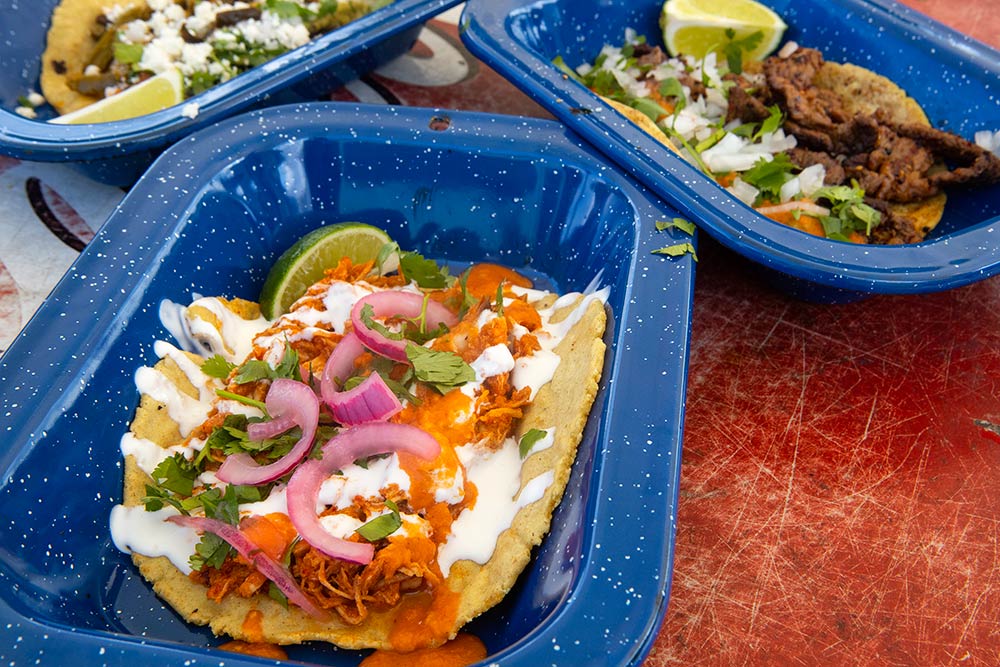 Expanding closing time to around 4am on weekends, co-owners/brothers Daniel and Miguel Cobos reference their South Texas roots with late-night offerings.

“We want to be that taquería where you show up after the bar,” says Miguel Cobos. “You go to Barbarella, you dance until 3am, and rather than drive somewhere, you just walk to Sabine Street right there on Dirty Sixth to eat some tacos before you head home. 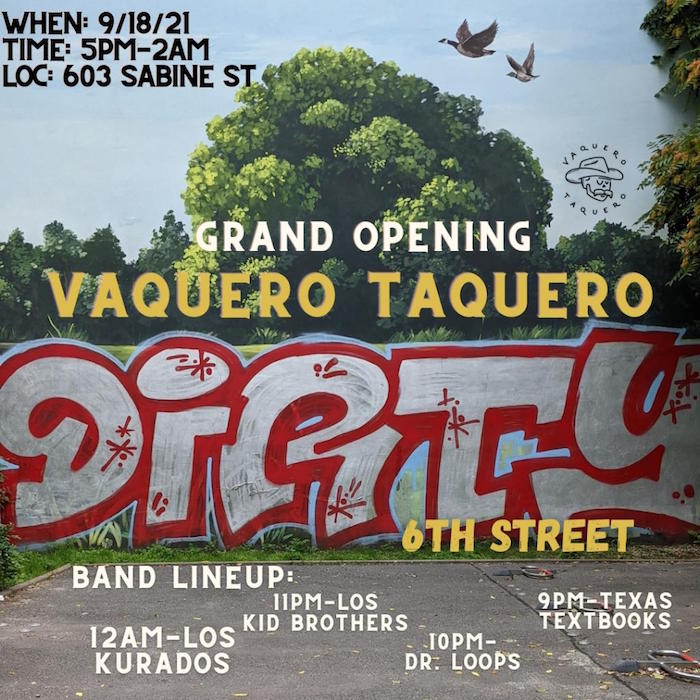 “We want to be able to provide the al pastor and the carne asada all night. That’s just the experience of a late-night taquería in South Texas – it’s always outdoors.”

Over the past five months, the brothers and their team made all the updates themselves, including repairing an espresso machine and welding a moveable stage. With a larger footprint including both indoor and outdoor seating, the second location offers cocktails, beer, wines, and coffee. Another important development is the return of hand-rolled flour tortillas, facilitated by a dough-making machine to keep up with demand.

“We sell the food culture of the border,” says Cobos. “A lot of the taco scene here [in Austin] isn’t dishes of Northern Mexico or South Texas, so everyone’s forgetting the flour tortilla, which is a monumental staple of the state’s cuisine. We’re bringing back the hand-rolling technique so that the employees know how to do it, people ask questions about it, and that exposes the culture and preserves it.”