Fareground’s Day of the Dead Celebration

Newly re-opened food hall Downtown is getting its calavera on

Okay, is that irony – or are we, like so many others, misusing the term?

Because Fareground, that destination food hall in the heart of Downtown (at One Eleven Congress), just recently regained its own glorious life … and now it’s preparing to celebrate Dia de los Muertos? 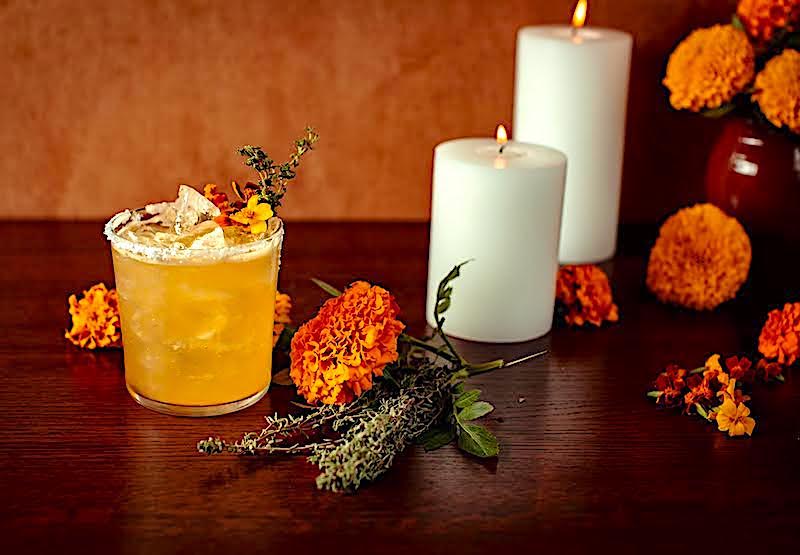 Cheers to the dead, from the land of the living … and living very well indeed.

You can’t, as they say, make this stuff up.

But what can be made up, of course, are cocktails. And, starting on October 5 and going through November 2, Fareground’s DRINK and Ellis bars will be crafting up specialty cocktails to celebrate chef Richard Sandoval's Hispanic heritage.

[Note: Richard Sandoval Hospitality, the contemporary Latin restaurant group that owns and operates over 45 venues across the globe, including Ciclo at Four Seasons Austin, is the management company for Fareground … and it’s that chef Richard Sandoval who’ll be heritagely celebrated with these fine tipples.]

Yeah, and the whole re-modeled and spacious Fareground environs will be adorned with new works by Mexico City-based artist Chepe. And –

Oh, hold on. You didn’t know that Fareground has already reopened? And that the former picnic-table-and-benches arrangement has been upgraded to intimate small tables, with seating for two or four, that are more friendly to social distancing and give the place a modern upscale lounge sort of vibe?

You, what, haven’t been almost religiously reading Brenner’s Food News Buffet column in the Austin Chronicle each week?

Reckon, then, that we should also tell you that the Emmer & Rye spin-off Henbit, led by chefs Kevin Fink and Tavel Bristol-Joseph, is back in action among the delights of this marvelous place. And chef Berty Richter’s TLV, that bastion of Israeli street food, has also returned to slake your appetite for excellent Middle Eastern fare. [Pro tip: The Kofta Plate, with its grilled minced lamb-and-beef, is amazing. And a certain Jeremy Bruch would likely weep over the goodness of those pickled veggies.]

So, yeah, all you former Fareground fans can rest assured that much of what you loved? Is alive and well and ready to serve you.

Now there’s also Austin Rôtisserie, led by husband and wife duo Eric and Sophie Nathal, and bringing you all manner of soups and sides and salads and sammiches – and individual and family style meals featuring rotisserie chicken and more. And there’s Little Wu, about which maybe all you need to know is that it’s helmed by chef Ji Peng Chen of Wu Chow fame – and your own foodie imagination can happily extrapolate from there. 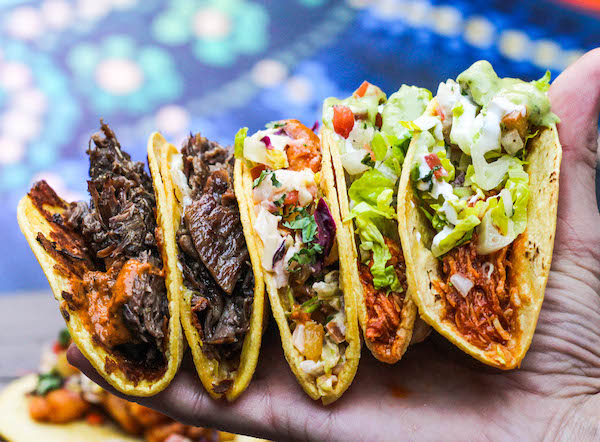 Now this is something true and good, alright – available at Fareground's Taco Pegaso, of course. (Photo by Dillon Burke @FOHNYC)

And, bringing this little article full circle, chefs Albert Gonzalez and Richard Sandoval are the head honchos of Fareground’s new Taco Pegaso, offering a variety of tasty tacos and burritos including Carne Asada, Pescado, Al  Pastor, Chicken Tinga, Picadillo, and Champis. Not to mention the usual cravable appetizers and, oh, quesadillas, Mexican ice pops, and aguas frescas. You're from around here, right? You know.

So, yes – the place that’s once more alive will be celebrating the Day of the Dead, and they’ll be celebrating it early and often. But you can celebrate your own existence by treating yourself (and maybe some friends) to a fine array of food and drinks at Fareground any time.

Which is basically 11am-9pm, daily … but you can find the complete details right here, citizen.