Here’s some of what’s happening in Austin’s vast and multivalent culinary scene, as wrangled from numerous PR releases, official posts, words on the digital street, and even the occasional (verified) IRL eavesdroppings.

Yes, it’s your Food News Buffet for the third week of July 2021. 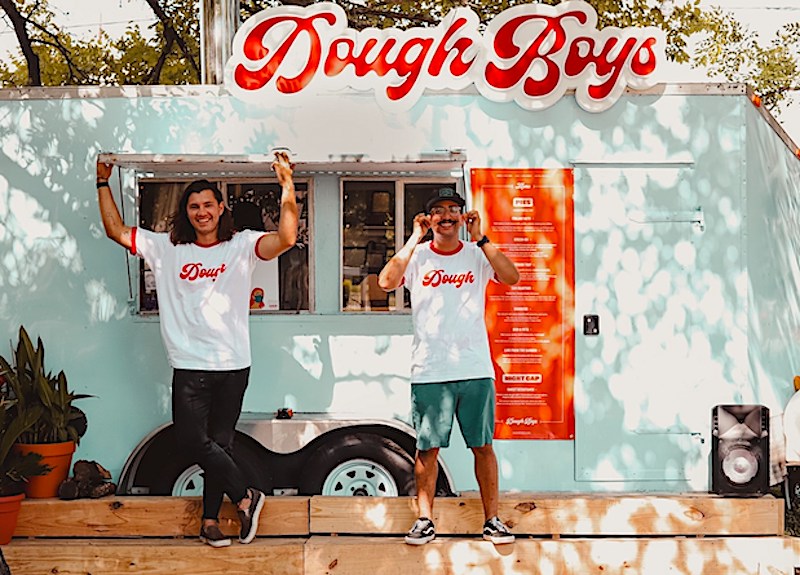 Sushi | Bar, the almost-hidden gem of omakase goodness that Jessi Cape reviewed for our look at what’s going on with Leanne Valenti’s Bento Picnic? That imported-from-California, wait-is-this-just-a-pop-up-or-what? den of raw fish brilliance and inspired drinking from Phillip Frankland Lee? They’ve sealed, as it’s said, the deal: The venue's permanent. Makes sense to us, as the intimate space is 1) a great way to experience sushi, and 2) continually booked for, what, weeks in advance?

In other good news, the festivals are returning! Which festivals? All the festivals, it seems like, in all their cultural variety. But the ATX Food Truck Festival is what we’re doing a happydance about right now: We’re told it’s scheduled for September 12 – a Sunday, yes, so we’ll be able to graze and feast all the livelong day … And, a bit later in the fall, what may wind up being Austin’s most important food festival in the years to come, the Field Guide Festival will debut on the last weekend of October. Yes, and the two-day event features chefs and farmers and educators of such impressive firepower that we’ve already provided the details in a separate blogpost.

Those twin engines of pizza power, Tony Curet and Max Tilka, are moving their popular Dough Boys food truck from East 12th soon, and – oh, hold on, they’ve already moved it! It’s a done deal, so now you can get their plethora of palate-pleasing pies whenever you’re at Meanwhile Brewing Company. You know the Boys create their tasty fare with flour from Barton Springs Mill, oyster mushrooms from Hi-Fi Mycology and Kitchen Pride, and pork sausage from Texas Sausage Company, and so on, in an exemplary, local-sourcing manner, yes? Yes, but why’d they move to Meanwhile? “We love people who love pizza,” Curet and Tilka tell us. “And people who love pizza and beer? Even better."

But, right now, you want tacos? Because you looooove tacos? Then FFS, head over to Tacodeli or Nixta or Suerte or De Nada Cantina or some other great place and get you some – duh. But also know this: KUT & KUTX Studios has a new podcast that explores Mexican food culture in Texas “through the lens of America’s love for tacos.” Tacos of Texas is hosted and produced by taco journalist Mando Rayo and features Tejano, Mexican, and Mexican-American voices from across the Lone Star state, talking tacos, culture, tacos, history, tacos, and social justice. And, yes, tacos.

Question: How can you celebrate Christmas in July and maybe win free breakfast for a year? The Kolache Factory’s new foodie contest is giving customers nationwide a chance to do just that – by letting them (read: you) create a new holiday-themed kolache flavor. Free breakfast for a year sounds damn good to us – and the winning creation will be on the Factory’s December menu, too – and this contest isn’t messing around: “Finalists will be chosen based on culinary appeal. No pumpkin pie or pecan pie entries, please.” [Italics theirs.] So, yes, click right here to submit your idea. 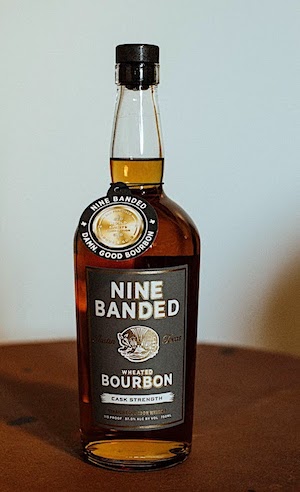 Austin-based armadillo lovers and bourbon company Nine Banded Whiskey has unveiled its Cask Strength Wheated Bourbon, a powerful new expression of the brand’s Wheated Bourbon – and the only Texas wheated bourbon to be awarded Double Gold at this year’s San Francisco World Spirits Competition. Coming in at 115 proof, the spirit’s a blend of corn, wheat, and malted barley, conjured with limestone-filtered water from the Hill Country and bottled right here in Austin. Suggestion: Get you some this month, wherever the finer hooch is sold.

But if you like booze that much, pallie, then you really want to know about The Alice: An Immersive Cocktail Experience that’s coming to Austin this October. It’s “A boozy Mad Hatter’s Tea Party,” an “immersive, topsy-turvy cocktail adventure” vividly designed along the lines of those still-popular fantasies from Lewis Carroll and John Tenniel, a pop-up shindig that’s been so popular in its native Sydney and Melbourne that the Aussies behind it have brought it Stateside for your Instagrammable drunkening pleasure. Details? Sure – and tickets right here, too.

Item: The team behind Gabriela's, Taquero Mucho, Revival Coffee, and Mala Vida has opened a new Mexican seafood and sushi restaurant called Seareinas, bringing the best of authentic Sinaloa-style seafood recipes (and, eventually, live musicians and DJs) to their fully refurbished venue at 6607 N I-35.

Item: Just in time for National Grilling Month, brisket is back – at Freebirds World Burrito, that is. As of press time, you can add hickory-smoked brisket as a protein to any burrito, bowl, salad, and more at all 55 locations across Texas while supplies last.

And this Friday – July 16, yes – are you gonna choose between attending the Austin Oyster Co. Shuckfest at Still Austin or the CRU Hemp Lounge grand opening party? Or will you just go ahead and do both of them? Like, after all, YOLO! (Note: That doesn’t mean You Only Love Oysters, smartass.)

Now y’all eat as well as you can, tip like it’s going out of style, and mind those pesky Delta variants. :)