And, tell you what, it’s some real Good Stock 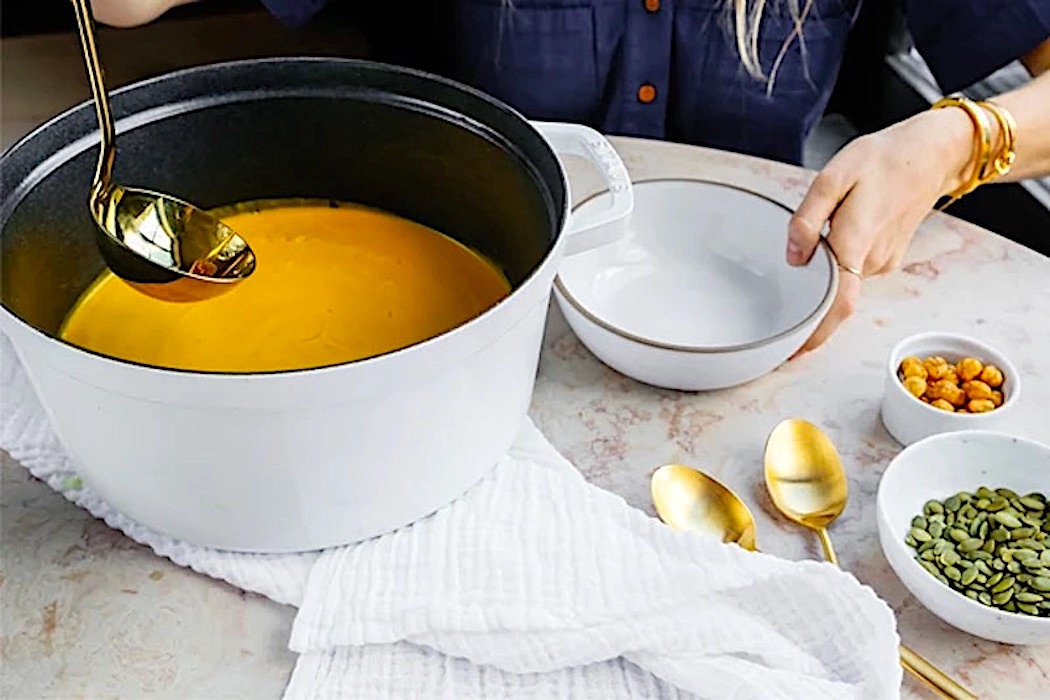 Bowl us over with flavor, we're eating some Good Stock here

The success of Austin’s Soup Peddler, for instance, wasn’t predicated on David Ansel’s use of his own personal bicycle as the main delivery vehicle during the early years. That two-wheeled gambit of conveyance was remarkable, of course – but it was Ansel’s recipes and cooking skills that brought the Peddler to the popularity the local chain now enjoys.

And, more recently, Eugene Lin’s Chop Chop sprang up in Austin, having leveraged the restrictions of the now-waning pandemic to deliver a terrific series of Asian-inflected soups – delicious noodle cups fresh-frozen and ready for heating-and-eating at home, a finely spiced repast for any season of the year. That's still going on, Chop Chop's impressive service, and that's a win all around.

And – yeah, other local soups? Don’t even get us started. From the rich Interior Mexican sumptuousness of El Alma’s tortilla soup, to whatever’s currently in bowls at longtime townie fave Hyde Park Bar & Grill, it’s *chef’s kiss* meal after meal after meal, a veritable paradise of soupery in this town.

The times being what they are, the way we seem to live in the future, it’s not surprising that another of our favorite souping options is Good Stock out of New York.

[No, no, not Nolan Ryan’s Goodstock. That’s a compound word, that name, and it denotes a different beast altogether: The rancher (and legendary baseball hero)’s excellent butchery and provisions store up in Round Rock. Note: We’ve already told you about that local business in these digital pages.]

Good Stock, the soup company, launched in the fall of 2014 at Smorgasburg, New York City’s premier outdoor food festival. The company was founded by a fellow named Ben LeBlanc – born and raised in Houma, Louisiana, immersed in a rich culture of food and entertaining, living the life with crawfish boils and game-day gumbos and all that laissez les bon temps rouler sort of thing. So, when young LeBlanc made enough of a success in the world of finance that he could ditch that number-crunching scene and return to (and afford to produce) what matters more – the wealth of cuisine he grew up with – that’s just what he did.

Note: Because your Austin Chronicle isn’t some gung-ho business journal, per se, we wouldn’t be sharing this entrepreneurial narrative with you if it didn’t benefit you as a food-loving citizen. We wouldn’t be telling you about Good Stock and its plethora of delivered-right-to-your-home soups if a certain truth wasn’t foremost in the tale. And it is:

Good Stock soups are so tasty and convenient that, as the kids used to say, we can’t even.

Yes, of course LeBlanc and his team want you to know about their integrity and all that. “We’re a modern soup company that does things the old fashioned way,” the website assures us. “We select high quality vegetables, herbs, and meat from high quality farms. We cook those ingredients with skill, precision, and heart.” But then, sure: What soup company, modern or historic, would suggest otherwise? We mean, right?

But, see, we’ve actually tried some of these Good Stocks soups now. We’ve taken the individually packaged servings from the freezer and we’ve warmed them on the stove and poured them into a porcelain vessel and, O friends and neighbors, we’ve eaten of pure deliciousness.

Note: That’s just the start of it.

We’ve been eating a lot of Good Stock soup lately, yes. And, mmmmmmm baby, it’s all so damned good. So we’re passing the good word along to you, letting you know that you can buy these soups flavor by flavor, if you wish, or choose among the curated packages they offer (we especially appreciate that vegetarian, nut-free Comfort Pack at $54), and you’ll be eating well in the days and weeks ahead.

End note: Louisiana, right? Where that LeBlanc is from? Yeah – that’s why your Good Stock deliveries also come with a bit of lagniappe: Be it a small bag of crunchy garlic croutons or sweet-tooth-pleasing brownie bites, it’s the extra that seals what’s already a worthwhile deal.